It’s been a while, hasn’t it?  Putting pen to paper or fingertips to keyboard can be more difficult than one might think.  Last time–April 29th, I remember promising to write more frequently.  I think that jinxed me.  So, as much as I want to tell you to expect more posts, I shall say instead that you’ll be lucky to read another post from me this side of 2021. 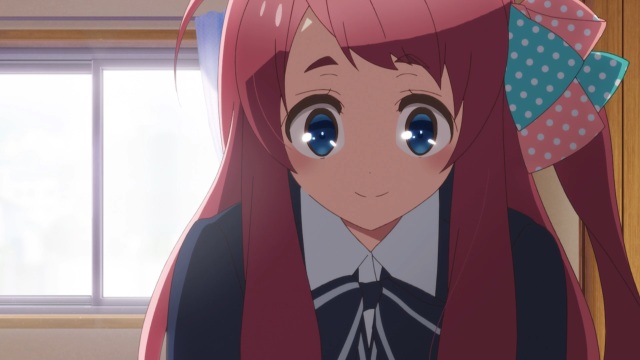 At any rate, one of those posts which I ought to have written was on Spring 2020’s anime.  If you remember, I only watched Sing “Yesterday” for Me, Wave! Listen to Me, and My Next Life as a Villainess.  This season turned out somewhat better in me finding five anime to watch.  (Seven to nine anime used to catch my attention every season, but I must have come to the conclusion at some point that life is too short to watch bad anime.  Or, maybe not: I did watch Sing “Yesterday” for Me.)  Take a look at the following five anime, and tell me whether I’m missing out on anything good. 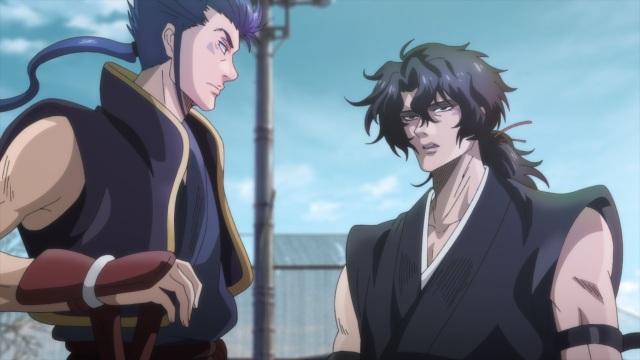 Here is a true masterpiece of the time-traveling, samurai, monster-slaying genre.  Everyone should be watching Gibiate, ready to rate it five stars, and sending Crunchyroll e-mails, postcards, and handwritten letters of thanks for producing this anime.  This counts as a welcome break from your standard fare of magic academies, high school rom-coms, harems, and isekai. 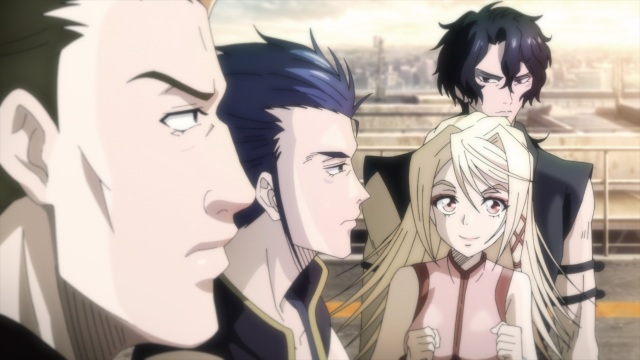 Alright, my praise in the first paragraph is over-effusive.  However, I do think that Gibiate is a good show, which causes me to be surprised at all the opprobrium it’s receiving.  The most amusing is TWWK’s suggestion that Gibiate has no place “in today’s anime landscape” and that anime like it ought to be relegated to the days of yore.  I tell you, if Summer 2021 only gives us only anime out of place with the contemporary scene, it will be the greatest thing to happen to anime since Ashita no Joe.  An anime which fits snugly into the contemporary scene might be fun–or even great.  But, it’s more likely to be only the mediocre pabulum which forms the bulk of an anime season. 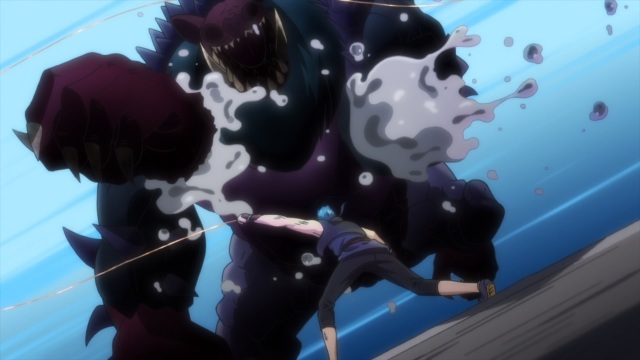 I have enjoyed Gibiate since episode one, but I am a fan of samurai and monster-slaying anime.  The animation seemed fine to me; though, I will concur that the fights could have been more detailed in the beginning, the CG monsters tend to somewhat lazily animated (with the recent exception of the one which attacked our heroes’ helicopter), and that they often cut costs with still images. 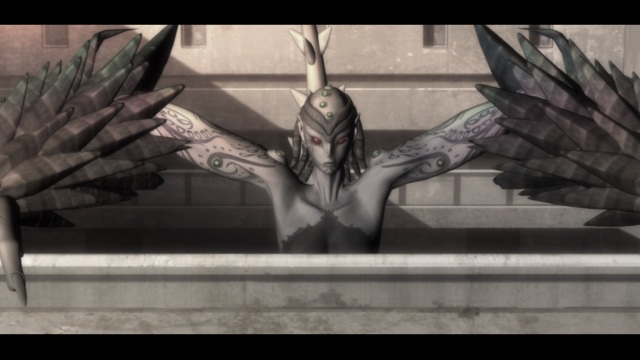 I detest anime which are badly animated; yet, my definition of badly animated differs from other fans.  After all, I love old school anime, which did things like preferring off screen dialogue because hand-drawing a character’s lips moving is hard.  (Computers have made this easier, which is why off screen dialogue is less common now.)  So, for me, if an anime has good animation for 2005 (like Gibiate) or even for 1970, I won’t think of it as badly animated–just as not cutting edge.  Everything doesn’t have to look like Violet Evergarden. 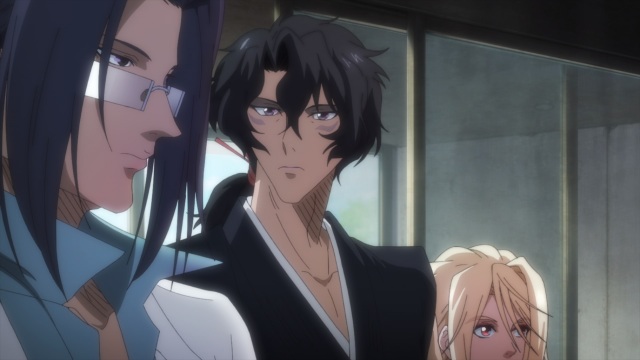 I’m happy with the slow volution of the plot.  The characters from the past–samurai, ninja, and monk–are fun.  But, you have to be a fan of samurai or monster-slaying shows to want to watch this–or at least in love with Yoshitaka Amano’s character designs. 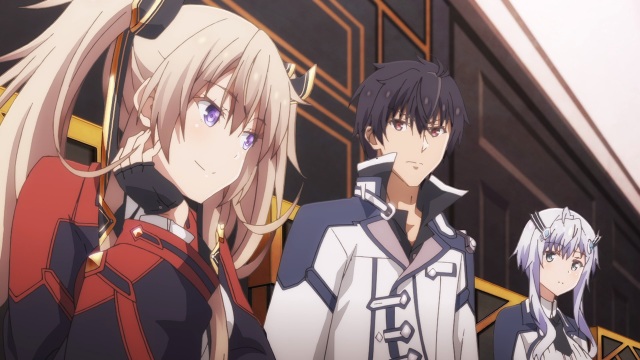 2) The Misfit of Demon King Academy

Here we have your magical academy with an overpowered hero anime.  We’ve seen this scenario before (e.g. Wise Man’s Grandchild), but that the hero is a demon king with a heart of gold makes it different.  Yes, our Maou is quite good-natured even if he’s willing to be cruel to his enemies.  The first episode sees him killing and resurrecting a foe with just the pressure of his heartbeat until that foe gives in; but, he doesn’t just leave him dead as that foe’s pride demanded.  One gets the impression that he likes fighting for fun but would rather avoid destroying his enemies. 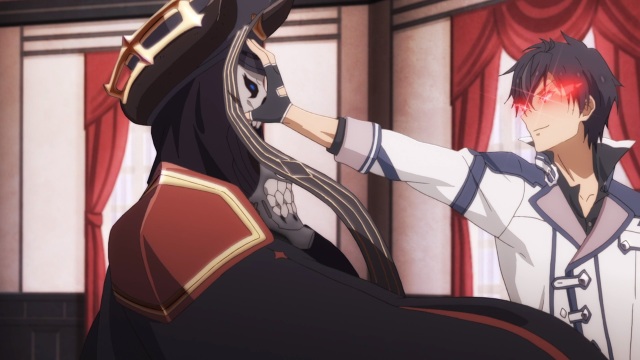 The Misfit of Demon King Academy stands as the best anime this season.  I find the way he vexes the demon nobility highly entertaining.  (By the way, what makes them demons?  They look completely human to me, which makes me wonder whether the ma in mazoku has more to do with the ability to use magic (mahou) than any kind of devilishness–even if certain characters are quite wicked.)  The main character makes this anime well-worth watching. 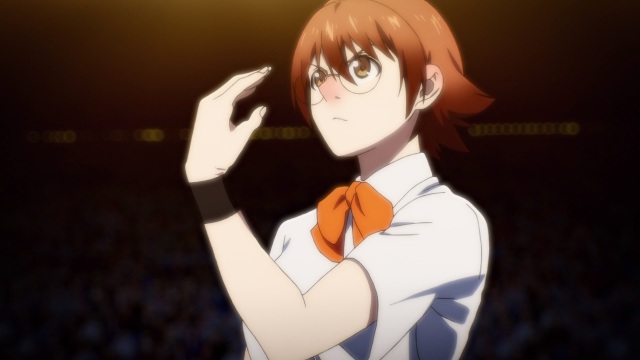 3) The God of High School

Speaking of qualms with animation, why are the characters’ in this anime’s noses so red?  That was certainly an odd choice in this otherwise beautifully animated work.  Their noses stand out more without one adding extra detail, which might have been the goal.  Yet, it makes me think that the characters are all boozing it up when we’re not looking. 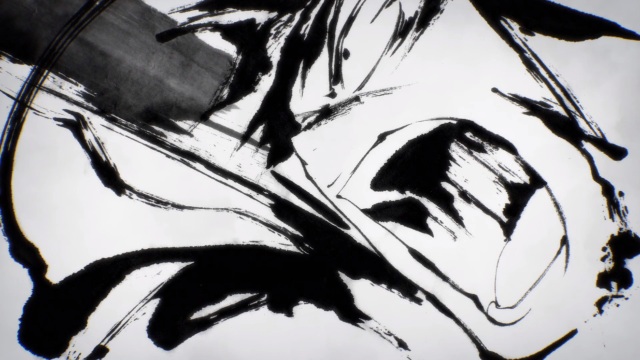 This sequence of the fight was cool. I can’t recall a similarly animated fight scene.

The God of High School is a fun tournament style anime.  You’ve seen all of the character types before.  The lack of creativity in that realm is made up for by the high quality of the fights.  In the last episode, the fight between Daewi and Jin was gorgeous, especially the part imitating Japanese ink style painting.  The fights are the main reason to watch this, but the other elements of the anime are not irksome. 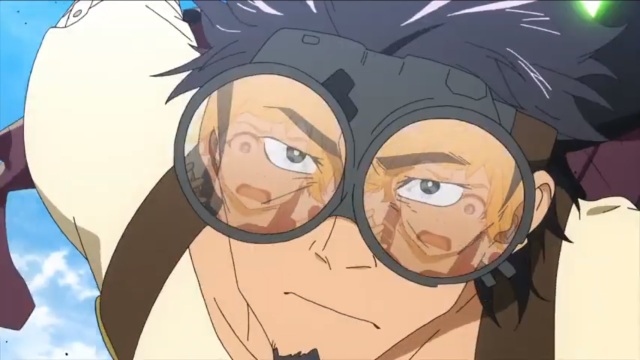 I can’t recall another anime which presents the same scenario as Deca-Dence.  It imagines a world where cyborgs run everything and humans are second class citizens.  The area where our heroine lives is an entertainment zone for cyborgs.  The cyborgs get to destroy monsters using a human interface; yet, if any human being gets involved in the fray, the human is apt to lose his life.  The main thing separating the hero from the heroine is that the hero is a cyborg while the heroine is human. 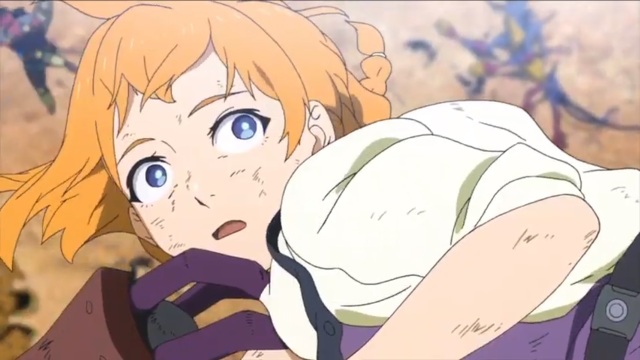 The animation and the fights are quite excellent, though the plot moves fairly slowly.  In episode four, we are introduced to the first major battle of the heroine’s, and it’s meant to be impossible.  I’m very interested to see where this one goes. 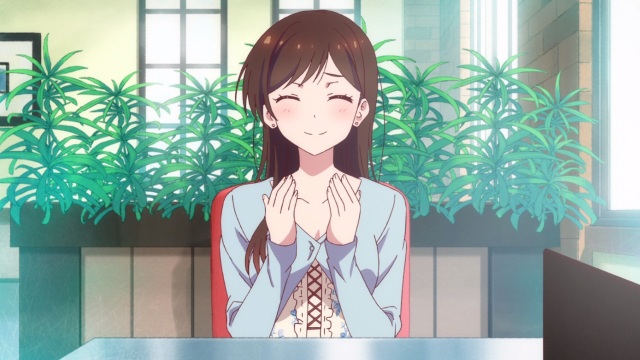 This has to be the funniest anime I’m watching.  The hero, Kazuya, reaches Shinji-esque levels of lameness.  His friend promises Chizuru, the rented girlfriend, that there’s more to him than that, and we might see that starting the next episode.  Otherwise, he strikes me as a boring young man obsessed with sex and his inability to attract someone of the opposite sex.  (Some of you might find the still images of Kazuya’s sexual fantasies off-putting.)  Something so mundane does not strike one as the stuff of anime! 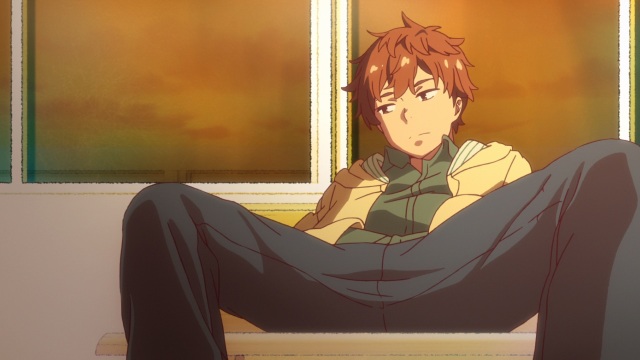 But, Kazuya’s very ineptitude provides some great comedy as the long-suffering Chizuru finds herself dragged into his life by circumstance.  At this point, we wonder whether they will get together for real or will Mami’s machinations break them up?  Just who are the other two ladies in the opening and closing songs?  This anime is worth watching for the comedy. 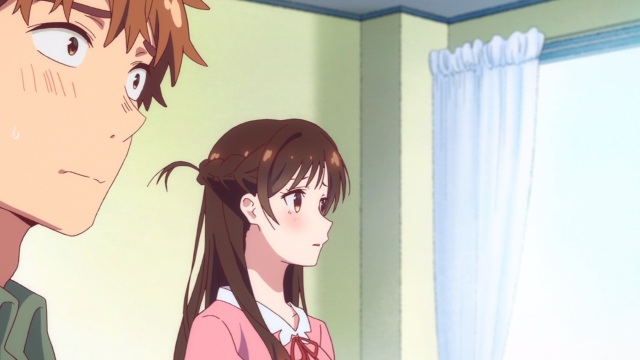 What is holding your attention this season?