Below, you’ll fine some anime I think are aptly suited for the Christian mind.  The anime are divided into three categories.  The first (and presently most complete) are anime displaying such a firm grasp of Christian teaching and its worldview that I suspect it to have been authored by a Christian or a Christian had a heavy influence in the anime adaptation.  The second class displays an edifying moral imagination with Christian symbols or themes, but is probably not of Christian origin.  For the sake of better distinguishing these two, let’s call the first class “Dante Class Anime” and the second “Cicero Class Anime.”  (Many ecclesiastical writers dubbed Cicero a “righteous pagan,” and monks gave special effort to preserving his works for that reason.) The third group contains anime which I suspect has strong Christian influence, but I am unsure whether it’s a Dante class, Cicero class, or not worthy pending a re-watch or re-consideration.  I have included recommendations from others and links to their blogs.  I hope slowly to move the anime from the third class to their proper place.  If I have written about them elsewhere, the articles are listed under the review.  Content warnings are included for the fully reviewed anime, as you’ll see that not all these anime are edifying for all audiences. 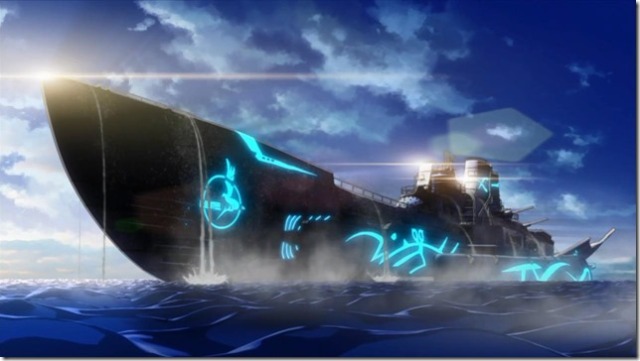 1) Arpeggio of Blue Steel (aka Aoki Hagane no Arpeggio)

This CG anime contains the curious premise of alien invaders known as the Fog taking control of the seas.  Humanity wishes to regain their freedom of movement and trade, but the Fog do not respect their wishes.  Is there a way to co-exist?  Our hero, Gunzou, befriends a rogue member of the Fog named Iona, who is also an attack submarine.  (Did I mention that the Fog were navy vessels with high school girl avatars?)  The two of them along with Gunzou’s crew work to befriend members of the Fog even as they try to deliver a weapon capable of defeating the same to their allies in America.

Arpeggio of Blue Steel weaves the Gospel narrative and themes from the Acts of the Apostles in its story.  I wrote about them all in my article “Arpeggio of Blue Steel: A Spy Anime?” I suggest you watch the anime before reading the article, which is loaded with spoilers. 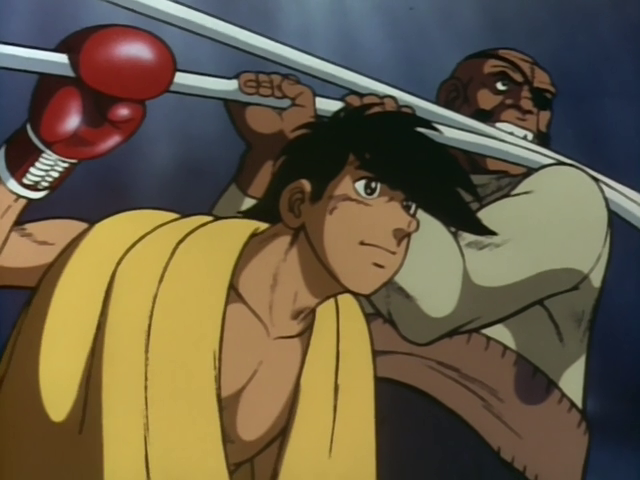 2) Ashita no Joe (aka Tomorrow’s Joe)

This might be my favorite anime of all time.  Our hero, Joe Yabuki, wanders into a slum where all the most downtrodden gather.  (Joe is a perfect fit.)  Therein, he meets Tange Danpei, a former boxer turned drunk who becomes enamored of Joe’s strong fists.  After much cajoling and some time in the slammer, Joe accepts Danpei’s offer to train him to become a world-class boxer so that he can best his rival, Rikishi.  Throughout this process, he changes from being a violent and aimless hustler to a man of purpose and integrity.

As you can see from that description, Ashita no Joe is a conversion story which uses boxing as a way of advancing Joe’s development.  The selfishness, pride, and immorality of Joe’s character serve to make his conversion even more compelling.  The story is unique for its focus on suffering, original sin, and the importance of humility.  Joe Yabuki stands as a figure of unredeemed humanity, Rikishi is our Christ figure, and it even displays a Marian figure in the rich heiress Yoko Shiraki.  How far do the latter two resemblances go?  You simply much watch the anime.

“Joe Yabuki Isn’t Some Sandbag”: The Greatest Boxing Epic Ever

Laughing into the Abyss: The Role of Laughter in Ashita no Joe 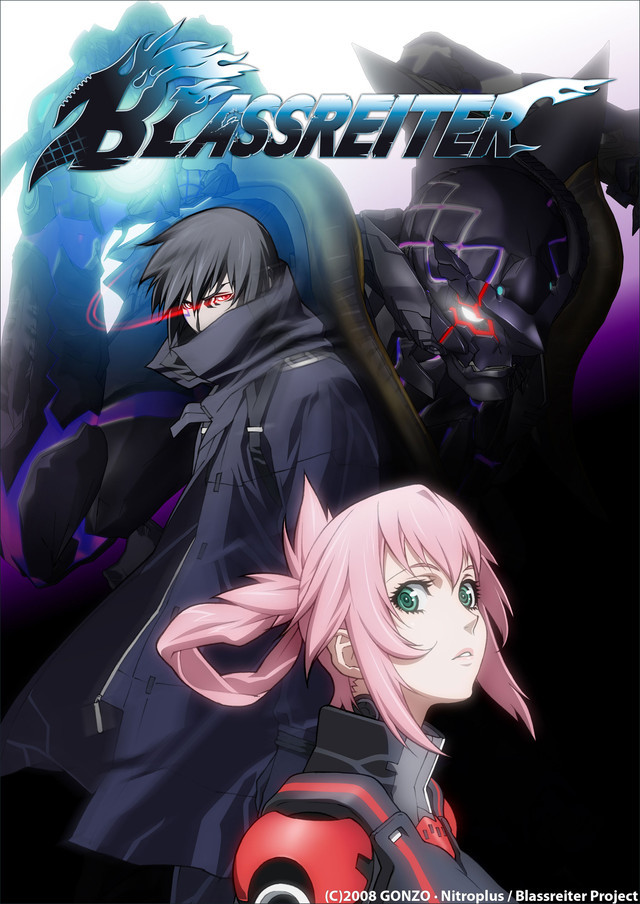 The Catholicism of this anime stands front and center.  Our hero, Joseph Jobson, leads the fight against demoniacs: people infected with a virus which causes them to transform into monsters and wreak havoc.  The leader of the demoniacs, a doctor disillusioned with the goodness of humanity, stands as the Anti-Christ wishing to eliminate the human species.  The anime includes some great CG action scenes, moral questions, and a devotion to motorcycles which might be hard for some viewers to endure.

The problem of evil is a central to the plot of this story.  The anime portrays the problem of evil as something mysterious, but not a reason for doubting God or denying His goodness.  One powerful scene takes place with one of the characters before a crucifix demanding of Our Lord why a friend took their own life and why did he not intervene.  Blassreiter also affirms that human beings are worth saving even if very sinful and wicked–contrary to the Anti-Christ’s desire for humanity’s destruction.  The story includes a Catholic priest as the hero’s mentor and highlights the value of sacrificial love. 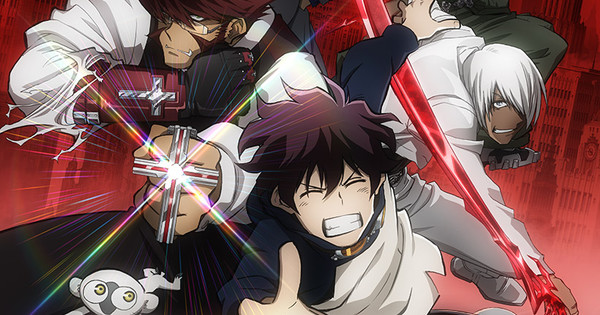 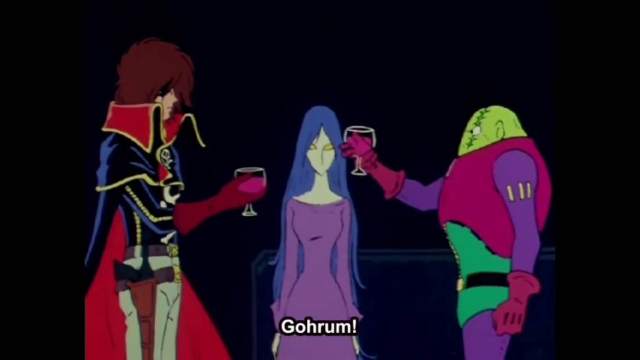 This anime revolves around a future where man has grown tired of living.  Each man wastes his life on various amusements.  However, an alien enemy force not only threatens to invade Earth but has already infiltrated!  Very few see the danger or have the guts to stand up to the evil Mazone.  Against the invaders and the malaise affecting humankind comes Captain Harlock with his thirst for freedom and for the good of his fellow men.  He and the crew of the Arcadia stand alone against the Mazone onslaught, and they must at the same time escape the traps set by their foes in Earth’s government.

Here is an excellent example of seemlessly weaving Christian motifs into a science fiction story.  Captain Harlock bleeds magnanimity and bushido, and, despite his faults–especially alcoholism, is certainly the Christ figure of this show.  Statements like he is “looking for a place to die,” love of freedom, his double victory, and the manner of his exit all confirm it.  The show also contains a Marian figure.  This anime, like Galaxy Express 999, exudes strong anti-Gnosticism, which is seldom found outside of Christian literature.  I could go on and on.

The Latest Addition to My Top Fifty: Captain Harlock

Examining Old School Anime: How a Mazone Shows the Importance of Mental Prayer

Examining Old School Anime: the Arcadia as the Church 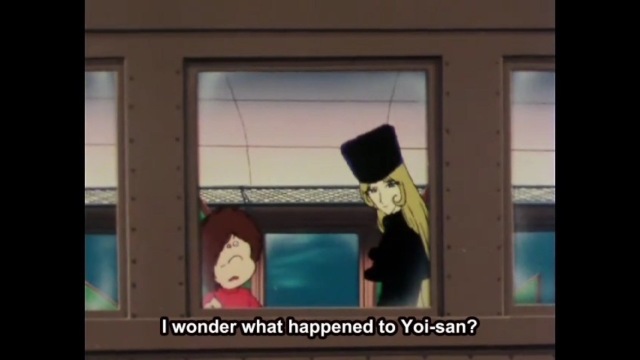 This anime follows Tetsuro and Maetel in their interplanetary journey for the sake of gaining Tetsuro a mechanical body.  In the future, trains fly through space (ignore that absurdity and you’re in for a good anime), and people have discovered ways of prolonging their lives for as much as one or two thousand years with mechanical bodies.  Over the course of this journey, Tetsuro begins to have doubts about becoming a machine.  The episodes are very introspective, but contain plenty of action as well.

Like in Matsumoto’s Captain Harlock, we see an anti-Gnostic message with some anti-transhumanism thrown in for good measure.  (Gnosticism and transhumanism are related errors.)  We also have a strong yet feminine heroine, which I believe denotes a devotion to Mary.  (Leiji Matsumoto himself says that French films influenced his love for strong female characters, but I suspect another influence.)  Biblical motifs abound in this show.

Examining Old School Anime: the Body as Essential to Our Humanity 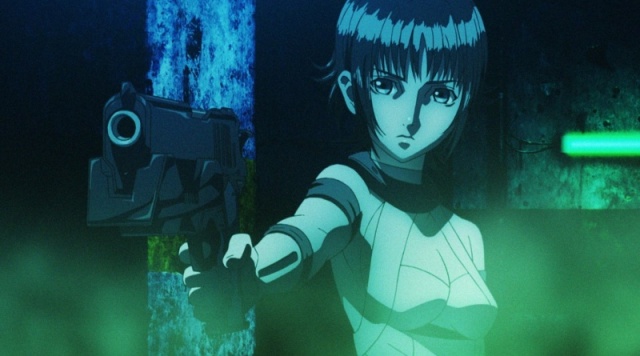 This story centers around a prostitute, Rune Balot, who is nearly murdered by her last sex partner.  Through giving her a cybernetic body, a crime fighting group saves Balot and asks whether she can testify against the one who tried to kill her and help fight criminals.  With the help of her sidekick, a cybernetic golden mouse/transforming handgun named Oeufcoque, she gradually overcomes both the evils in the world and those inside her heart.

Here is another conversion story.  Mardock Scramble‘s three OVAs contain a high focus on forgiveness and sin.  Among the ending songs are “Amazing Grace” and “Ave Maria.”  The story itself is beautiful, even if the villains and many events are ugly.

Reflections on Mardock Scramble and The Problem of Evil

Scrambling for Freedom: How Mardock Scramble Points to Freedom as the Goal of Christian Life 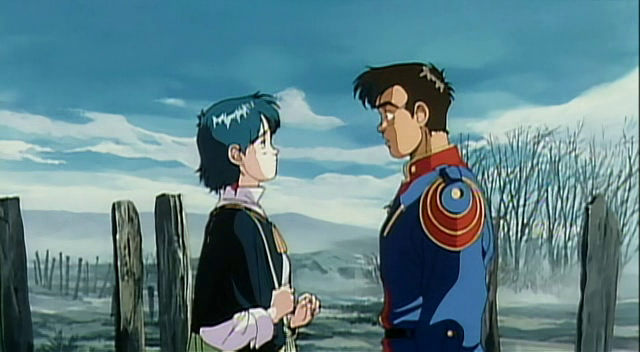 6) Wings of the Honneamise

The story of one man’s hope to be the first into orbit is set on the backdrop on internal and international tension.  Our hero, Shiro, trains, avoids terrorists, and meets a beautiful young woman while waiting for the rocket to be built.  He falls in love, but the girl’s religion forms a gap between the two, which is only bridged after Shiro starts learning about it and sees the truth of it.  The story is beautifully animated with great action and drama.

The importance of prayer and the similarities between the religion here and Christianity mark this anime as Dante class.  It offers a message of hope to humanity through remembering God and trying to get close to Him. 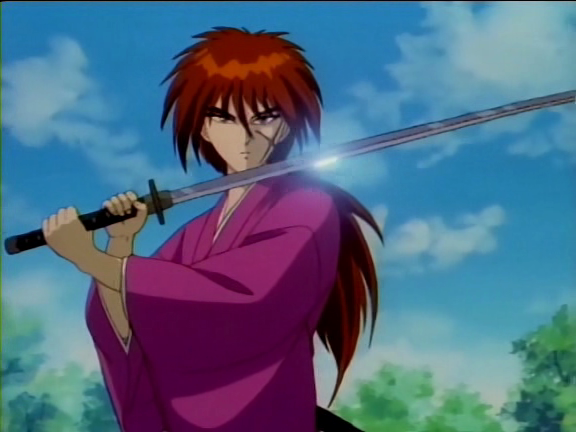 This anime concerns a wandering samurai named Kenshin Himura who tries to repent for his past manslaughters.  In the Tokyo of the Meiji Era, he meets Kaoru Kamiya, the daughter of a kendo sensei and assistant master of the Kamiya Kasshin style.  She runs into some trouble with a vindictive student, Kenshin helps her out, and then our hero decides to stay.  His resolve not to kill again is tested repeatedly as a group of courageous friends cluster around him.  Eventually, his greatest enemy yet, Makoto Shishio, threatens to harm not only him and his friends but all of Japan.

The respect for life and emphasis on repentance might strike one as Christian, but the basis for these beliefs differs from Christianity.  Where Christians value life for the sake of charity and justice, Rurouni Kenshin makes life or happiness the ultimate value.  The show gives the impression that all killing is bad, but Christians are justified to kill in self-defense or to defend another person.  (Indeed, duty or charity might make it incumbent for a Christian to take the life of a wicked person.)  Still, I love the messages of this show, especially its attitude against Social Darwinism and respect for life.

Kenshin as a Christ Figure (He’s not, but so I thought at the time.)

An Image of the Noonday Devil from Rurouni Kenshin