Nisemonogatari has been considered infamous for its toothbrush scene, but a worse scene has been neglected by the blogosphere.  (And if another article exists on this topic, please tell me about it.)  As much as I enjoyed the first seven episodes of Nisemonogatari, the last four ranged from atrocious to uninspiring.  Having no desire to watch it again, I could not but give it two and a half stars. 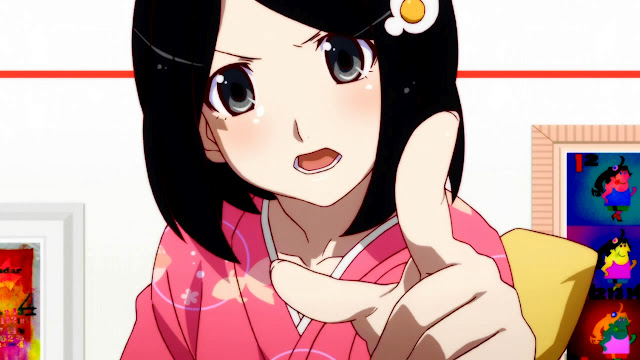 This lackluster performance was capped by some infuriating insinuations in the prologue of episode eleven.  Let me remind you of some of the details of the description of the Dying Bird, which is apparently what Tsukihi Araragi–the main character’s sister–is.  The Dying Bird has been incorrectly called the Phoenix.  Instead, it is the fraudulent Cuckoo, who implants its brood into the nests of others.  In the context of this show, it’s a nisemono–fake–and an immortal one at that.  Also, the mother is the victim of this event.

In the midst of this narration, we see a picture of the Madonna and Child burning to ashes.  And do not forget that the Phoenix has been traditionally a symbol of Christ, which Nisemonogatari downgrades to a cuckoo. 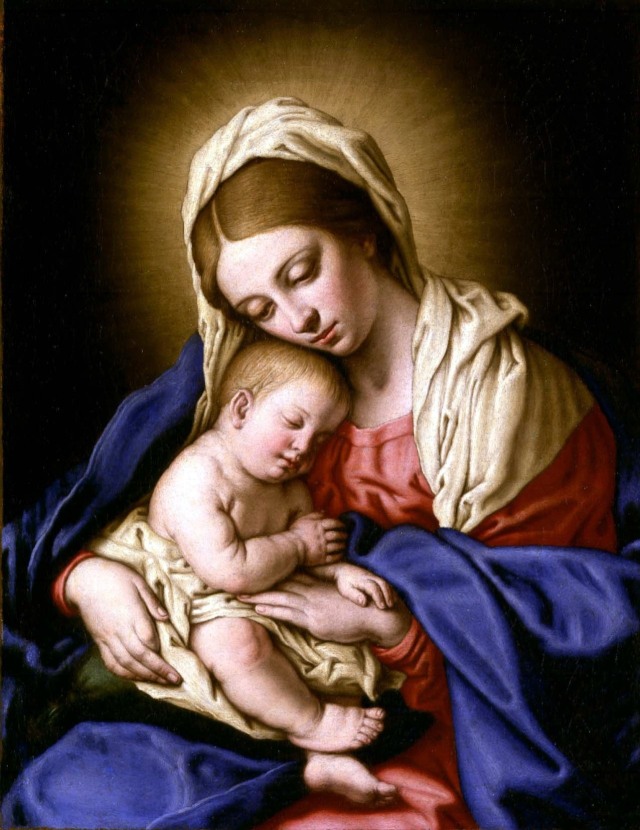 The suggestion is not subtle: St. Mary is the unfortunate victim of the Incarnation, and Jesus Christ a fake immortal.  Tying in the description of the Dying Bird with the picture of the Madonna and Child indicates that Nisemonogatari* wishes to smear the nobility of the Blessed Virgin Mary and paint our Lord and Savior in dark colors as it denies His divinity.  Nisemonogatari, with its constant questioning of traditional values, is clearly a Post-Modern work.  For Post-Moderns, denying the hand of Providence in all births makes them incapable of perceiving the divine origin of the Incarnation.  Denying free will makes them unable to perceive heroes in the mass of victims they consider humanity to be. 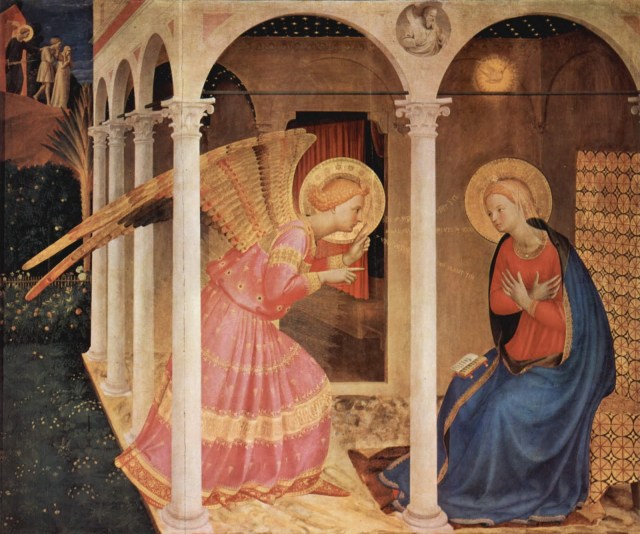 Christianity has much more adventure and nobility than the Post-Modern credits it.  Through the archangel Gabriel, God approaches Mary with His plan of salvation and Mary agrees: “Behold the handmaid of the Lord; be it unto me according to thy word.”   Once, I heard a professor claim that God carried out His plan without the will of any human being–including the Blessed Virgin.  God is more chivalrous and great-souled than that!  He hangs the whole plan of His salvation on Mary’s lips, and the Immaculate Virgin speaks her “Fiat” to undo the disobedience of Eve.  Eve’s disobedience slammed the gates of heaven to all humanity, while St. Mary’s obedience opened the gates of God’s plan of salvation.  Mary is not a victim, but a hero deserving a special reverence which the Church refers to as hyperdulia in Greek.
Nor is Our Lord a foreign body in the body of the Blessed Virgin.  He took His Flesh and Blood from the Immaculate Virgin.  But, St. Mary is not only the Mother of Christ’s body, but the Mother of God or Theotokos, as affirmed in the Third Ecumenical Council.  Mothers do not only give birth to bodies, but to persons unless the baby is stillborn.  Thus, Jesus Christ is the true Only Begotten Son of God and the true Son of Mary.

Nisemonogatari wished to scoff at a central tenet of Christianity, and they fail bitterly because they cannot see the nobility of God and His Gospel.  Tsukihi’s mother is not the Immaculate Mary, and Tsukihi herself no Jesus Christ.  It was nothing except poor taste and perhaps a hostility toward Christianity which prompted them to make this suggestion.  Or is my reaction to this juxtaposition of an immortal cuckoo and Our Lord too extreme?
*Kaze has pointed out that I am writing inaccurately here.  By “Nisemonogatari wishes to smear the nobility of the Blessed Virgin Mary etc.”, I meant the person or persons who devised the scene in question.  Kaze informs me that the original writer of the novel Nisemonogatari does not connect the Blessed Virgin Mary and Our Lord to the tale of the Dying Bird.  Hence, all blame for the attempt to denigrate the persons of Our Lord and Lady must lie on the hands of SHAFT.  Nisio Isin, the original author, cannot be faulted for it.