It’s been a little while, my dear readers.  It looks like the regular anime season is past the mid-point, so I should write something up about what I’m up to.  If you recall, most of my current watch list consists of old anime on my backlog.  I did make an exception for Cells At Work, which was recommended by MIB of MIB’s Instant Headache–an excellent recommendation. 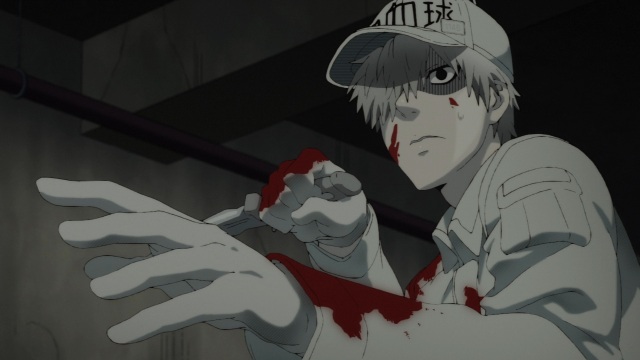 Most of you are familiar with the idea and the format of Quick Takes, so I’m just going to jump right in.

Vampire Princess Miyu TV (1997-98) comes pretty close to being a masterpiece at ★★★★ 1/2.  The closest anime to compare with this show has to be Hell Girl.  Both share a female protagonist bound by fate whose closest companions are otherworldly beings–called Shinma in Vampire Princess Miyu.  (The English translation simply used the Japanese word.  “God-demon” is the most literal translation and the most confusing one.  Often, one will see creatures like this just called demons despite the Japanese equivalent for what is usually meant by the word demon is akuma.  Subbers should just borrow the term longaevi from the Latin, as this is the most accurate term for a host of beings in Japanese mythology.)  While Ai Enma is summoned to send usually wicked people to hell, Miyu works by keeping her territory clear of stray Shinma.  She’s often willing to ignore the presence of stray Shinma as long as they behave, but she’ll send them into the demon realm within a fiery inferno should they choose to prey on humans. 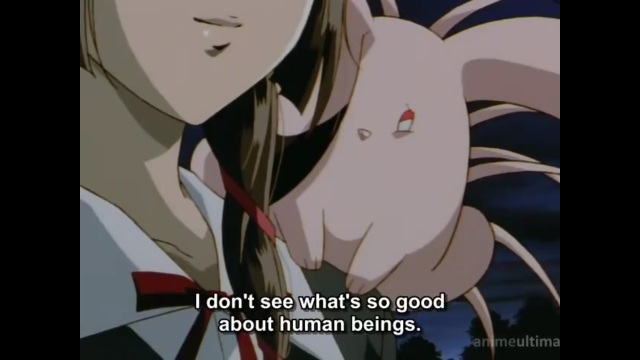 Like Hell Girl, the mood of this show is overwhelmingly tragic.  I do not mean a little sad either: the ending had me nearly in tears and a few episodes just about crushed my soul.  (I can only name three anime which have made me cry.)  So, I can assure my dear readers of a cathartic experience should they choose to watch Vampire Princess Miyu.

Beyond that, the animation is excellent for a late 90’s anime, which makes it worthwhile to buy the DVDs or to search out a stream with a high quality resolution.  (Yours truly watched it on DVD on the television: the images here and in the “Skip the Summer Season!” post are from YouTube.)  It’s especially amazing how much detail the animators can put into Miyu’s facial expressions.  The episodes themselves tend to be serious and weighty, but with sufficient entertainment coming from the fights and Miyu’s attempts at being a normal high school girl.

This is something you need to watch if you’ve seen Banner of the Stars II.  And, I would highly recommend watching the entire Crest of the Stars series.  It’s a true classic of the science fiction genre and well worth a devoted anime fan’s time.  The plot may be slow, but it boasts interesting characters, great interstellar battles, intrigue, and the most likable couple in the history of anime.

At this point, I’ve finished watching The Book of Bantorra, an underrated anime which deserves to be considered a masterpiece (★★★★★).  This is my second viewing, and I noticed some more things this time around.  For example, the author endows this world with a religion borrowing elements from Hinduism and Christianity.  At the same time, the heroes can fight the will of the gods–something we might see in a story based on ancient Greek mythology.  A flashback to the ancient past of this world definitely screams some influence of Greek antiquity to the anime. 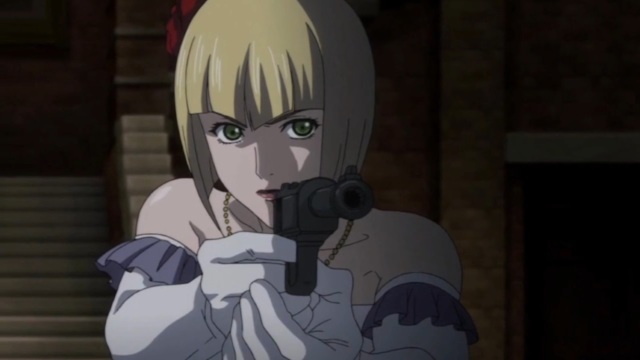 The background animation, whether one is talking about natural features or cityscapes, are all beautiful and detailed.  Highlighting the beauty of the world is a necessary part of the conflict, which contrasts the beauty of the world and the pleasures of friendship with the suffering surrounding the characters.  The characters themselves strike me as multifaceted and interesting, and you can expect plenty of great action from this anime.

At any rate, The Book of Bantorra is one of my most successful anime recommendations.  I’m almost willing to bet money that anyone who reads my blog would enjoy it.

I just read a great work on Hernan Cortes’s conquest of Mexico: Richard Lee Marks’ Cortes: The Great Adventurer and the Fate of Aztec Mexico.  Those of you interested in how Cortes and a few hundred Spanish gained control of all of Mexico should pick this work up.  You will not be able to put down this book without coming to the conclusion that Cortes and his men were heroes.  It’s a miracle that they accomplished all that they did. 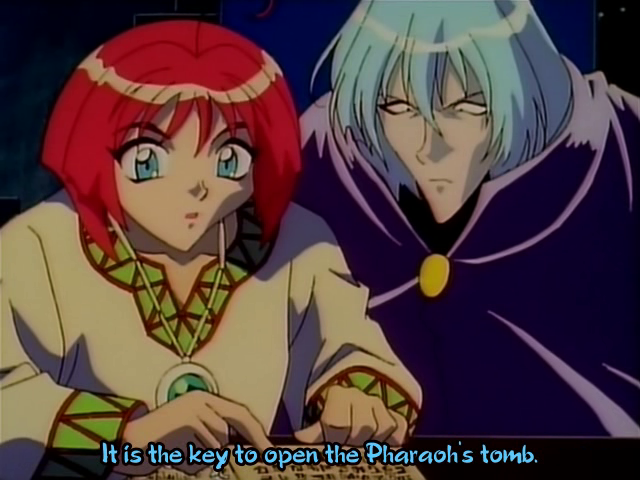 Master of Mosquiton ’99 counts as one of the anime I’m watching this season which I have not yet completed.  (The others are Generator Gawl and Geneshaft, which I have not yet begun watching.)  The most amusing thing about Mosquiton is how similar it feels to some of the old American cartoons I used to watch.  Perhaps, the presence of a vampire, a werewolf, and the Frankenstein monster remind me of Scooby Doo.  That, a heroine obsessed with making money, and quests taking our protagonists across the globe all feel like something one could easily find in old American cartoons–say from the 70’s – the 90’s.  You’ll just have to watch Master of Mosquiton ’99 and see whether you get the same vibe.

The sympathetic and amusing characters are the best part of the anime.  The Christmas special surprised me by how moving it was.  The love story reminds one of Inuyasha, since the vampire Mosquiton falls for Inaho, a modern high school girl with the same looks as his long dead lover.  Mosquiton himself had been sealed in his coffin until Inaho awakes him from his slumber.  Lastly, the creator of this show refuses to dissolve any of the romantic tension–no matter how frequently Inaho is impressed by the lengths of Mosquiton’s devotion.

The above makes it no accident that Master of Mosquiton and Inuyasha were published within two months of each other in 1996 (September for Mosquiton and November for Inuyasha).  So, I would not be surprised if Master of Mosquiton greased some comic gears in Rumiko Takahashi’s mind.  The overall template of both shows bears strong similarities.  This is not to say that Takahashi plagiarized: this sort of influence between genre writers happens all the time. 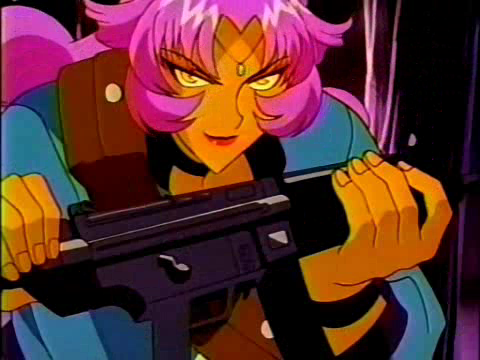 By the way, the name Inaho (稲穂) means “panicle of rice.”  A panicle of rice symbolizes prosperity among the Japanese.  Panicle means “a much-branched inflorescence” or “a loose branching cluster of flowers.”  I’m a lover of amusing and unusual words, and who knew that I would come across a word like panicle in a fansub?

The cancer cell story arc in Cells at Work provided a very profound couple of episodes in a generally lighthearted series.  You could contemplate how societies are like human bodies.  No matter how prosperous the society or healthy the body, these things are eventually brought down from within even if they defeat all enemies without.  I also absolutely loved the reference to Claymore.  The near metastasis of the cancer cell recalls the awakening of Priscilla:

The nice thing about having been an otaku for fifteen years is how much you can pick up allusions and creative borrowing like this.

Well, these “quick” takes have gone on far enough!  I’ll just mention that I found a nice little compilation of C. S. Lewis’s essays titled The World’s Last Night.  Excellent apologetic material.  Also, reading Screwtape’s banquet speech, which can also be found after The Screwtape Letters, seemed more relevant than ever–especially Screwtape’s comments on how the spirit of democracy, i.e. envy and egalitarianism, can actually work to undermine or destroy democracy itself.  The collection of essays is very short, and well worth reading.