Having finished The High Window and The Big Sleep by Raymond Chandler (reading the former in one day), I have become thoroughly addicted to his Philip Marlowe detective stories.  Of more interest to my dear readers is that I feel capable of examining Roy Revant as a hardboiled character, especially as compared to Sam Spade and Philip Marlowe.  There are a few other hardboiled characters in Solty Rei, but, as our hero and my favorite character, Roy makes for the most interesting to study.  I shall list the traits of a hardboiled character and see how Roy fits the type.  And, if you’re already tired of seeing the word “hardboiled” don’t watch episodes 84 and 85 of Gintama–I myself almost cracked in the first five minutes. 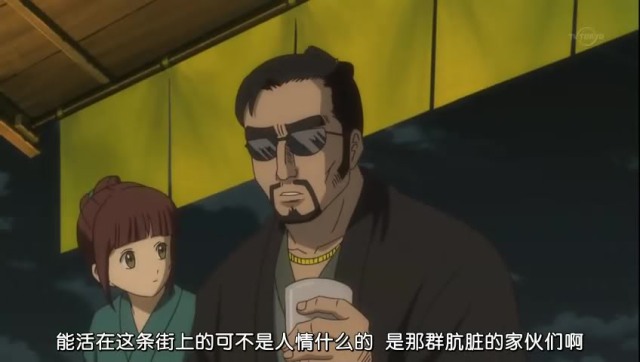 For people like Roy, it’s a rough and violent world out there, so one needs to be tough.  Roy’s toughness combines traits from Philip Marlowe and Sam Spade.  He imitates the first by hiding a kind heart under a tough exterior and the second by refusing to abide nonsense and responding gruffly to those who don’t engage him with sincerity.  I’m particularly thinking of Roy’s first unpleasant conversation with Ashley, the Director of R.U.C.

I would say that Roy displays more physical courage than either of the above characters, who tend to use intimidation or cunning to extricate themselves from bad positions.  The necessity of physical courage derives partially from the nature of Roy’s antagonists, who cannot be intimidated or tricked, and partially from the fact that Roy is a rather stubborn and straightforward character. 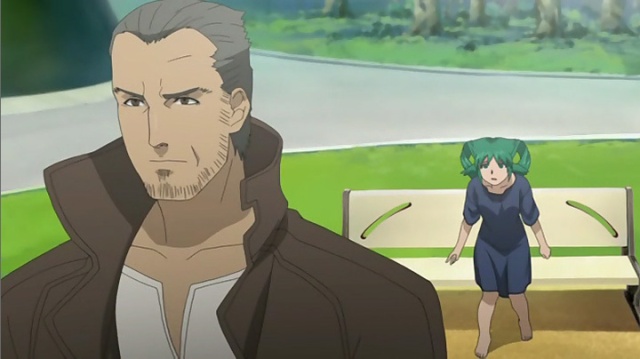 With the need to investigate certain particulars in his bounty hunting assignments, Roy does need to investigate like a private eye.  It pays for someone in his position to be wary and discriminating in which cards to show.  Interestingly, Roy is most cagey with people who wish to understand his feelings and to enter his personal life–usually the people closest to him.  This differs from the people Chandler’s and Hammett’s characters interact with, who are mostly strangers.  But, Roy is sufficiently cagey to get a passing grade in this department. 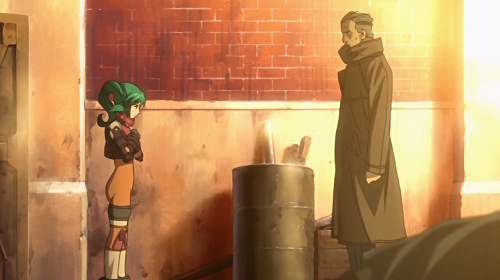 One can’t consider Roy a hardboiled drinker.  Hardboiled characters never become non functioning drunks, as what happens to Roy after the second most tragic scene in all of anime.  As a matter of fact, Roy only seems to place his hand to liquor so that he might become drunk.

Conversely, hardboiled characters drink every day–I suppose we’d call them alcoholics in this day and age; yet, they always hold their liquor.  Should something terrible happen to them, they might take enough licks of some scotch or bourbon until their head gets fuzzy and awake as right as rain the next day.  You can’t let misfortunes get you down! 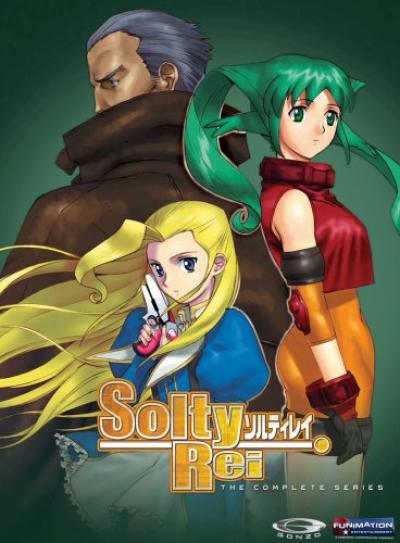 Roy might be excused for always carrying a gun.  As a bounty hunter, he needs it most of the time.  Marlowe and Spade tend to only decide to carry when they suspect a sticky situation in the offing.  Otherwise, a hardboiled guy can talk himself out of peril or wrest the enemy’s gun away from him. 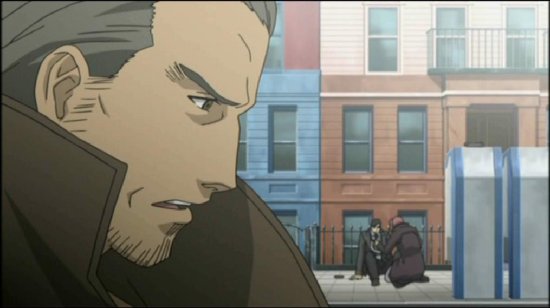 This might not seem apparent, but hardboiled guys are loners.  Therefore, they need to find ways to while away their spare time.  Roy likes listening to music or watching television.  Marlowe–and myself for that matter–smokes a pipe and plays through chess games.  And, as Rose found out, Roy can also play a great game of chess! 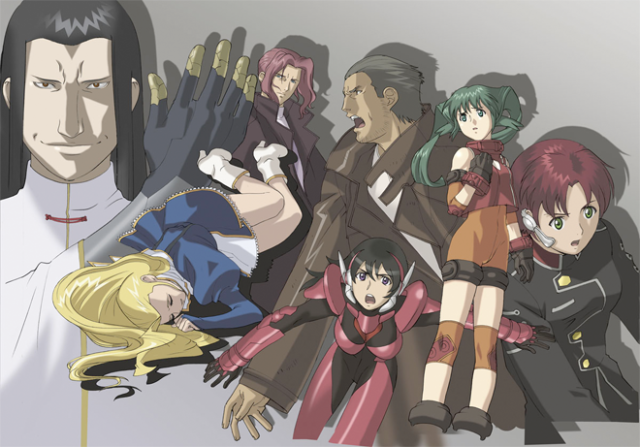 A hardboiled man meets all kinds of women–often the dangerous kind with ulterior motives, making it necessary to know how to disdain feminine wiles.  Well, Roy, as an older gentleman, has little problem disdaining feminine wiles; but, he does let the women in his life get away with things, and he relies on Miranda to rouse him from self-pity and drunkenness.  Also, Roy lets himself get played by Rose so that she can stay at his apartment to lure Solty into a life of thieving.

Overall, I would say that Roy is the most hardboiled character in anime, despite breaking with certain stereotypes–especially by needing women to drive him to do the right thing.  Can any of you name a better hardboiled character?  Quent Yaiden, Tsume, and Hub of Wolf’s Rain and Dante of Devil May Cry come to mind, but they are not quite as concomitant with the traditional figure of detective fiction.