The seventh volume of the Spice and Wolf novels offers a break from the main story.  This annoyed me because of how little happened in volume six: the worst volume thus far.  Volume seven features the usual bad religion, especially in the novella which forms the first part of the book.  (You can tell already what most of my comments shall be about.)  This novella and one of the short stories were as bland as the prior volume.  Only “The Red of the Apple, The Blue of the Sky” showed Isuna Hasekura at his best.  The second short story was interesting in how it took Holo’s perspective, revealing how terribly insecure and anxious Holo is behind her quick-witted and capable facade.

The novella takes place before Holo settles down as the goddess of the harvest and concerns two children, Aryes and Klass, who are forced to flee their lord’s estate and find a new life for themselves in a far off town.  On the way, they run into Holo, who makes herself extremely useful and extremely annoying by turns.  (Holo appears unable to help teasing any man or boy in her company.)  The story ends with a thrilling chase, which would have been better without the twist.

Three points made by Hasekura bothered me in this novella.  The first how Aryes’s unfamiliarity with common things and naivete are attributed to the copious amount of time she spent reading books: “She never left the building that she could remember, and reading books were one of the few pleasures afforded to her” (12).  Living a completely sheltered life would lead to a certain ignorance, but books tend to open a window on the lives and experiences of others.  Also, this fantasy world is based on the Middle Ages.  What might a medieval have for reading around, say, 1400 AD?  Plato, Aristotle, Cicero, Augustine, Virgil, Herodotus, Thucydides, Ovid, Caesar, Dante, Aquinas, Martial, Homer, Livy, Sallust, Tacitus, Philo, Boetius, Marcus Aurelius, Anselm of Canterbury, Geoffrey Chaucer, Plutarch, Petrarch, Chretien de Troyes, Wolfram von Eschenbach, Sophocles, Aeschylus, Euripides, Bernard of Clairvaux, Bonaventure, Eusebius, Plotinus, Jerome, and various ecclesiastical authors.  My dear readers, if you study the books of these authors and nothing else, you will be wiser and more refined than 95% of your contemporaries–let alone a 10 year old boy from medieval times!  Reading books does not produce ignorance but wisdom–as the Chinese recognize in pointing to books as the root of wisdom (本, the kanji for book is a tree with roots) and in the concept of civilization as emanating from literature or letters (文明 – the kanji for civilization combines “letters” and “light”).

Confucius standing before a library.

Then, there was the silly and out of context comparison of wine to God’s Blood.  First, the monotheistic religion of Spice and Wolf does have a Holy Mother, but it never talks about who she gave birth to or why.  It never elucidates a doctrine of the Trinity or of Justification.  So, when I read: “‘If grape wine is the blood of God, and the blood of God is the blessing taken from his body, then you are fools who seek blessings though it injures God,’ I was told” (51), it simply strikes me as some Spinozan drivel, where the world is God’s body rather than an effect of His creative power.  If Hasekura wants to imply that the Eucharist is absurd–like many pagans, heretics, modernists, etc. over the past two millennia, he needs to provide more theological context.

Lastly, I had to sigh as I read the following passage:

Klass had no idea what to say to the troubled Aryes, but as his tone grew more strident, Holo spoke quietly,

Klass thought that it was ridiculous.

He was about to loudly say as much when someone grabbed him by the nape of the neck. (75) 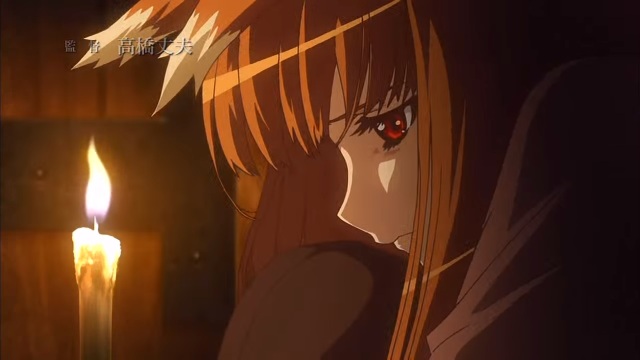 Generally, contemning the idea of us all being children of God may be laid to one of three causes: 1) philosophical atheism, where there is no God to call Father; 2) deism, where God is an impersonal Creator; or 3) despair of God’s mercy, because of the hardships of life.  Only the third brings about the impassioned response we read above.  God’s fatherly love is often not apparent to the suffering until God’s mercy comes upon them.  Yet, the persons in most conformity with God’s will often suffer most.  The Sole Begotten Son of God, “God from God, Light from Light, True God from True God,” suffered so greatly that he cried out “My God, My God, why have You forsaken me?”  Suffering ought to be taken as a badge of honor, for those who suffer greatly grow more in the likeness of Christ than those who suffer but little.  On the other hand, experiencing no suffering might be taken in one of two ways: either one is being prepared to suffer or one has no share of the Cross, which means–without a special grace and mercy of God–one has no share of the Kingdom either.  Besides, as Fulton Sheen writes, Our Lord was especially thinking of atheists when he gave that heartrending cry from the cross.

Also, one cannot properly separate the wheat from the chaff until the Last Judgement (Matt. 13: 21-30).  Therefore, we ought to look at each person as a child of God, since each individual soul is specially created by God and all of humanity was saved by Christ’s sacrifice on the Cross.  Take Vladimir of Kiev: as a pagan, he killed the family members who opposed his ascension to the throne, raped his half-brother’s wife, consecrated a temple to Odin through sacrificing two Christians, and did perhaps every evil thing a man could do.  What hope does such a man have of salvation?  Yet, he was some years later baptized in Constantinople in order to marry the Emperor of Constantinople’s sister, and on his return to Russia destroyed his temple to Odin, abolished the death penalty, gave alms to the poor, and his kindness far exceeded his former cruelty.  Thus, St. Vladimir the Great became the Patron Saint of Repentant Murderers, and stands as a sign that no one should lose hope of becoming a child of God for a happy eternity. 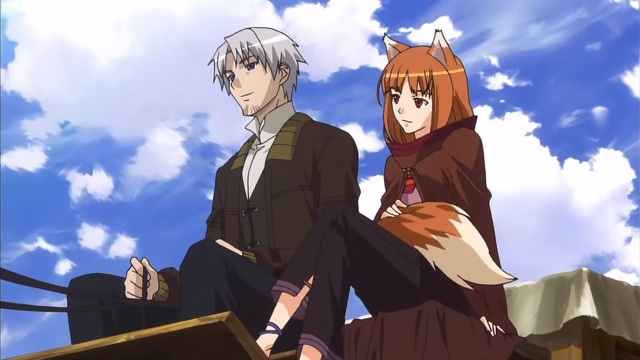 Well, my thoughts on these points has taken up plenty of type.  Do I recommend this volume for its one good short story?  Not really.  I can only recommend it to people who hate skipping volumes in a serial work.

6 comments on “Thoughts on Volume Seven of Spice and Wolf”