Though the Lincoln Island episodes (I love the nod to Jules Verne’s The Mysterious Island) of Nadia: Secret of the Blue Water stand as some of the most ridiculous and boring episodes of anime (John Samuel even advised me to spare myself the pain of watching them), they at least inspired the present article on vanity.  You see, Nadia has an absurd attachment to her vegetarian and technophobic ways.  Now, there is nothing wrong with with either declining to eat meat or preferring low tech or archaic things.  These are personal choices, the first perhaps makes for a healthier lifestyle and the latter less slavery to technology.  Problems arise, however, when the person ceases to believe that these things are personal choices, but rather the only correct choices for everybody.  In the anime, we see Nadia calling Jean a bad person for eating meat and exclaiming that Marie is on her way to fiery damnation for her carnivorous ways. 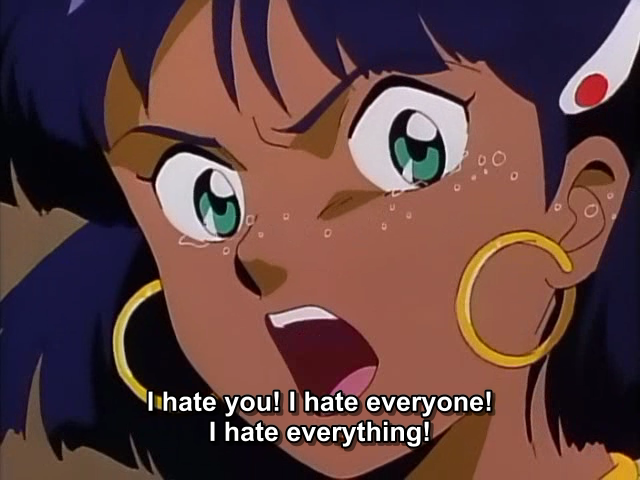 It sometimes surprises me that Nadia can be so likable with all her vanity and pride, but elevating one’s personal preferences to the objectively best manner of thinking is a common fault.  In the Gospels, we see the Pharisees do this when they complain of the Apostles eating with unwashed hands as if they have committed a terrible transgression.  In our own time, we can point to various snobs who vaunt their peculiarities over the erring ways of the rest of humanity: vegans, vegetarians, non-smokers, teetotalers, hybrid car drivers, anti-hunters, anti-gunners, literary snobs, wine snobs, health fanatics, exercise fanatics, tea connoisseurs, fountain pen connoisseurs, art enthusiasts, classical music enthusiasts, people who use organic foods only, cigar snobs, cosmopolitans, nationalists, intellectuals, otaku, lengthy anime series haters, popular anime series haters, and the list might go on forever.  All the above are personal inclinations–no more that that.  If someone tries to argue that these choices are clearly superior to other choices, intelligent people can easily peg them as a snob.  Why does following a particular fad or predilection so easily make people believe they are superior to people following different fads or predilections? 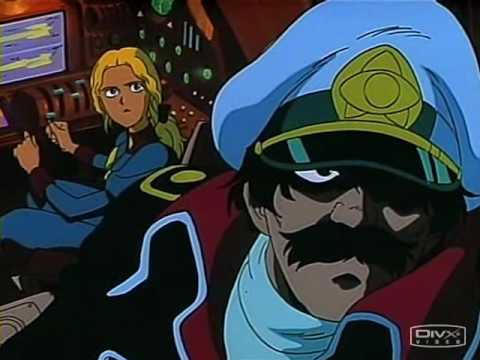 But, my favorite feature of human vanity is the anti-snobbery snob.  This occurs when a person develops opposite habits to those whom he perceives to be snobs in order to further disassociate with them: eating red meat with every meal, never buying organic products, having one beer a day, owning a gas guzzling truck, having animal trophies in every room, refusing to read literature, never touching wine, etc.  Avoiding the arrogance of the snobs often causes one to become a snob oneself–and occasionally to one’s detriment.  When I advised one person to use a glass mug with his craft beer, he deliberately picked up a plastic mug and would not change his mind!  Why?  What pleasure is there in putting one’s lips to a plastic mug rather than a glass one except whatever pleasure anti-beer connoisseur snobbery affords? 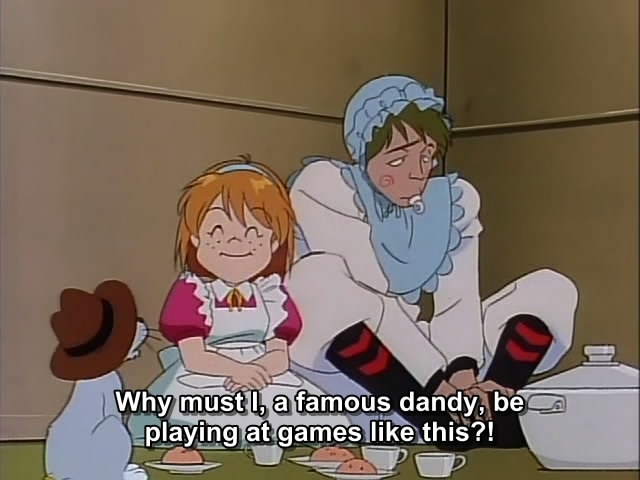 In the case of reverse snobbery, I confess myself to have fallen into such concerning alcohol.  The only creature worse than a wine snob is a teetotaling snob: the wine snob is superior to you because his tastes are more refined; the teetotaling snob claims moral superiority over his fellows.  Reading about the Temperance movement birthed this anti-snobbery.  After all, we see that people in the Temperance movement resorted to violence in order to further their goals, founded religions with teetotalism as a fundamental tenet, lied to influence the passage of Prohibition, and made clearly exaggerated claims against drinkers–such as that drinking was un-American.  (Those German and Irish immigrants were terrible drunks, you know!  But, I don’t think the per capita consumption of 18 gallons of pure alcohol at the beginning of the 19th century can be laid entirely on Germans and Irish.)  Meeting and listening to people whose teetotalism was infected by moral superiority helped my prejudice along.  Only in the last three years have I softened my discrimination against non-drinkers as I met people whose teetotalism was unmixed with hauteur. 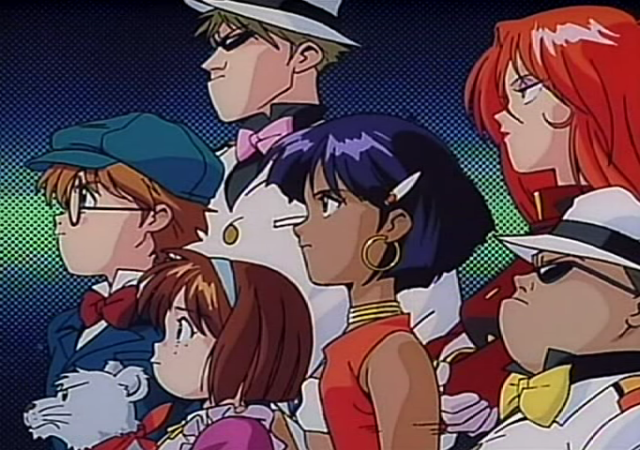 However, perhaps the worst forms of snobbery and anti-snobbery find themselves in the realm of religion.  The groups having members most likely to be guilty of this are atheists, militant agnostics, Catholics, fundamentalist Protestants, Anglicans, and Western followers of Eastern religions.  Of course, believers and proponents of these systems can wrongly be perceived as arrogant merely because they believe their ideas are true–especially with the plague of relativism affecting the modern world.  But, some proponents of these worldviews go further than that.  They despise people of other backgrounds as backwards, uneducated, unthinking, unintelligent, unsophisticated, or morally defective.  They say to themselves, “If those people were not so stupid, stubborn, or wicked, surely they would believe what I believe!”  The worst thing about the arrogance of these people is that they drive away people who would otherwise be interested in the Faith.  (For obvious reasons, I am not as concerned about arrogant atheists or agnostics.)  When the stench of arrogance surrounds anything, people not inclined to examine it–whether it be Bordeaux or dogma.

Reading The Mysterious Island marks the third work of Jules Verne which I’ve completed.  It concerns five Union prisoners who escape from Richmond in 1864 by using the confusion of a passing hurricane to steal a balloon.  You likely can already see a problem developing, right?  Going up in a balloon during a hurricane!  This action, while freeing them from the Confederates, at the same time leads to them flying all to way to an uninhabited and uncharted island in the South Pacific!  At least the confines of their prison have been enlarged from a POW camp to an island.  This is a true Robinsonade (named after the incomparable novel written by Daniel Defoe): these five prisoners, of varying backgrounds, must survive off the land and build a civilization from scratch.  Various obstacles ranging from jaguar attacks to orangutangs capturing their dwelling place to pirates all try to impede them from this goal.  Overall, this was a very entertaining work: only the overabundant digressions into scientific topics detract from it–interesting to be sure, but it does almost feel like a text book at times. 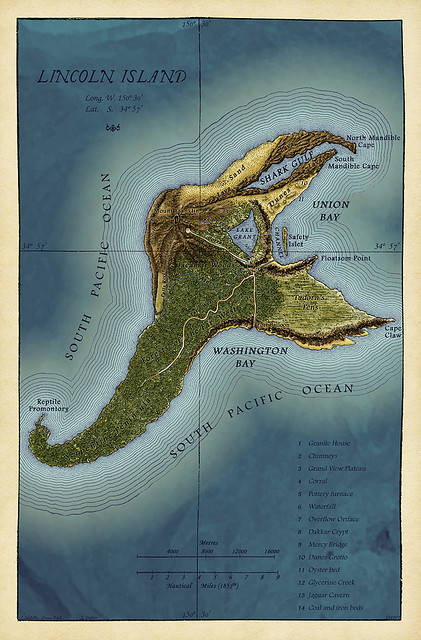 Here’s a picture of the island where our five heroes find themselves.

The other two works comprising my experience of Jules Verne are Around the World in Eighty Days and the little known Adventures of Captain Hatteras, which concerns an English expedition to the North Pole.  (The latter is particularly memorable for me because of the footnotes pointing out phallic jokes; however, I would never have caught these jokes if not for the footnotes in the Oxford edition!  Which almost makes me think the translator was making them up, no matter how good his arguments.  Whenever you see a footnote which makes you say “Why’s that there?”, you might just have read a phallic joke.)  Though Verne’s ability to create tales brimming with scientific information is what makes him most famous, his real strong suit is his ability to create unique, likeable characters.  As a matter of fact, I seem to have enjoyed the novels more which delved less into science, ranking Around the World in Eighty Days first, Adventures of Captain Hatteras second, and The Mysterious Island last. The Mysterious Island does have one great bonus to reading it: we learn how a famous character of Jules Verne ends his days–I refuse to say who! 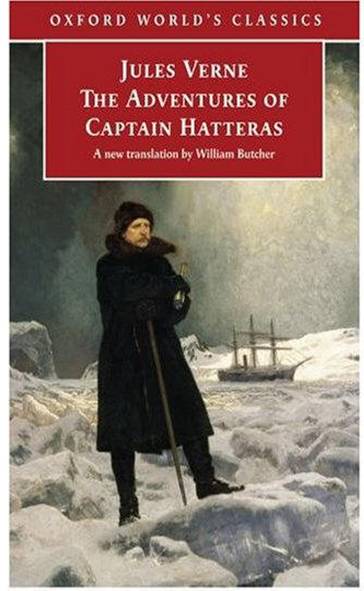