It is that time of the year when people across the aniblogosphere write about which new anime excite them most.  I myself thoroughly enjoyed the present season–despite feeling the need to prune my watch list–and hope that the next season produces an equally enjoyable a crop of anime.  Many bloggers seem to be disappointed with the current season in general, but the fault seems to lie in certain shows not meeting the expectations the bloggers placed in them.  What I mean to say is that the majority of shows still being quite good in themselves, just not so great in the minds of the critics.  (But, I will say that I feel very sorry for the people that slogged through Glasslip.)  Shortly, I even hope to pick up all the summer 2014 shows I stalled and finish them by way of marathoning them–the most enjoyable way to watch any show. 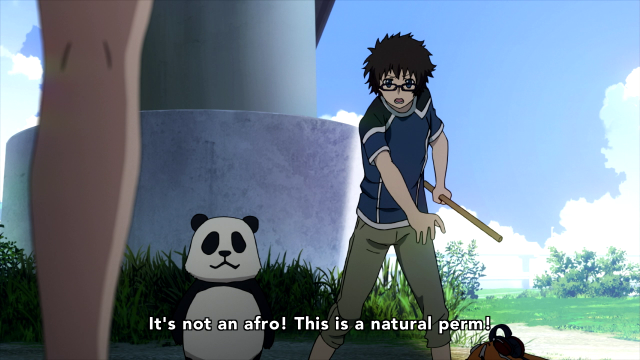 Tokyo ESP is at the top of my list for that marathon.

At any rate, hence follows the list of shows I intend to try out next season along with a brief description of why.  To my mind, the list looks a little weaker than the one for the summer season.  Of course, some of these anime might hold some latent excellence.  Since this list concerns the shows I am not already sold on, I shall not include Hitsugi no Chaika 2 and Psycho-Pass 2.  How could I not watch the sequels to my favorite show of 2013 and my favorite show of the prior season?  Whether the sequels prove to be delightful or disappointing, I’m certain to watch through them both.  If they do prove disappointing, I hope that my complaints and vexation may at least prove enjoyable for you!

Sounds like Freezing without the fanservice.  Fighting off giant alien invaders always sounds like an interesting premise for me, so I must give it a shot.

2) Nanatsu no Taizai (aka The Seven Deadly Sins)

While perusing the aisles of Kinokuniya in New York City (the best Japanese bookstore on the east coast since the demise of Sasuga–yet another reason to hate the current recession), I came across this manga among the “Kono Manga ga Sugoi!” award winners.  With that endorsement, I purchased the volume one.  Though I have not yet gotten around to reading this Japanese edition yet, the artwork looks rather amazing and the action intense–big pluses in my book.  For the above reasons, I’m giving the anime a shot.  I really need to read volume one before it premiers.

Here’s an addition whose inclusion owes much to Caraniel’s excellent season preview post.  Before reading this post, I had not known that the author of Full Metal Panic was behind this series.  That’s all the endorsement a series needs in my book.  Though, I hope the dark and twisted psychological influences present in Full Metal Panic: The Second Raid are utterly, completely, and absolutely gone, lost, abandoned, forsaken, and anathematized from this new series!

Another comedy, this series of shorts involves the workers in a manga bookstore.  Can’t hurt to give it a shot.

The manga version has the honor of being dropped by yours truly.  At a certain point, the plot and characters ceased to hold interest for me.  This does not exclude the anime version from outdoing the manga–as, exempli gratia, is shown in the cases of Knights of Sidonia and Saber Marionette J.  Especially as the scenario is rather interesting (though Rolan the Forgotten King executes a similar idea better), I am willing to give this story another shot.

Can’t be worse than that other Shingeki anime, can it?  (I jest.)  The preview boasts cool swordplay in a dark fantasy setting.  Worth a shot just for that.

7) Madan no Ou to Vanadis

Another show I wish to check out just because of its fantasy setting.  It must be confessed that this anime almost failed to make the list.  But, this preview promises the possibility of a fun show.  It could turn out to be another Blade and Soul, i.e. atrociously fanservicey and dull; but, one can’t know for sure until one tries it. 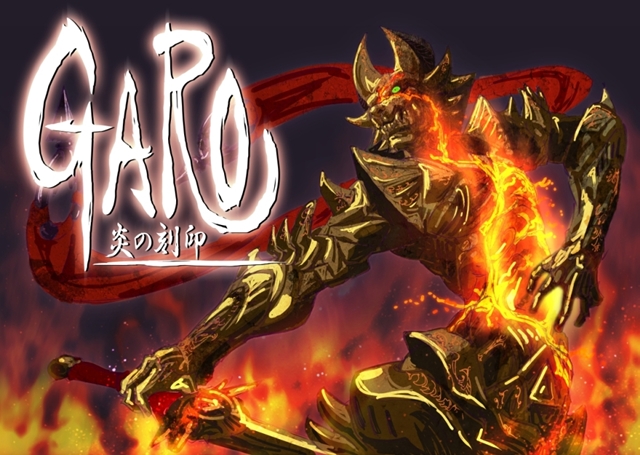 If you haven’t perceived it ere now, I’m a sucker for fantasy settings.  This one seems to have a good story.  A mix of Scrapped Princess and Chronicles of Lodoss War perhaps?

Solely because Trigger is behind it.

11) I don’t Understand What My Husband is Saying

My line-up this season is devoid of comedy except for Denki-gai Honya-san, so I feel compelled to give this show a shot.  Besides, few anime I know focus on married couples, so this should be interesting.

As long as my list is this long, I might as well add a twelfth show, right?  No, that’s not the name of an anime coming out next season.  Rather I’d like to invite my dear readers to recommend a series for me that’s not listed above.  Whatever most people tell me I should watch by October 1st, I shall watch!

I need to find time to watch the second season of Hamatora.

Within the first two weeks of the season, this long list shall be pruned by two-thirds, which means I’ll shoot for a total of six shows this season.  (I include Hitsugi no Chaika and Psycho-Pass in that sum.)  How does my list of shows to sample compare with yours?

As well as being a very enjoyable story, Hamatora asked a few interesting questions.  In particular, the way Moral framed his obsession with strength intrigued me because he used similar arguments to Dostoyevski’s Raskolnikov.  In both Raskolnikov and Moral’s understanding, only the weak are bound by morality.  The strong are not bound by moral laws–what C. S. Lewis or Lao Tzu would call the Tao.  Moral finds the order of the universe–that there exist strong and weak–inherently unjust, especially with some people in Hamatora being able to advance farther than their fellow men through having special powers.  His solution revolves around eliminating the weak through giving all people special powers.  Moral believes himself to be the Messiah, except that his mission and methods turn him into a mere anti-christ–and St. John the Evangelist tells us that many of them exist.

Yet, one does wonder whether a central tenet of Moral’s ideology is correct even though his methods are heinous: that weakness must be eliminated.  After all, human beings do spent a great deal of time eliminating their weaknesses: exercising, studying, practicing skills, and practicing willpower.  People tend to hate weakness both in themselves and others.  A villain in Claymore even went so far as to say “Impotence is a sin.”  But if yet another villain agrees that weakness is so horrible, it implies that despising weakness and the weak is a quality of villains.

Moral’s problem comes in making strength and the elimination of weakness into an ultimate value.  Even if he attempted to do this without resorting to villainy, he would still be in the wrong.  A society with strength as its basis lacks charity.  Due to regarding usefulness and strength as the most important qualities, Spartans exposed sickly or malformed infants, and the ancient Indians killed their sick.  The fact of the matter is that God established certain strengths and weaknesses in everybody.  As God told St. Catherine of Siena, this forces us to practice mutual charity.  The same lesson can be gleaned from the Scriptures in St. Paul’s passages on each being given diverging spiritual gifts and the Church as a body (1 Corinthians 12).  The Middle ages in particular has a unique understanding of each member of society forming an integral part of the whole.

The very strong physically are often weak mentally and vice versa.  This often comes of people discerning their gifts and pursuing them in despite of other parts of their humanity, but it reminds one that we need others.  Moral’s system would destroy the links between people and all need for chivalry or charity.  It is in this way that Moral acts as the anti-christ: claiming that certain people are not needed and thus subverting the order established by God.  One must ever be suspicious of people who wish to change the natural or even traditional order of society!

Nice is speaking for all of us here.

It is even the case that we must tolerate the moral foibles of our fellow men.  How would we win the crown of patience if we did not have to deal with quick-tempered Irene, the stubborn Brad, the avaricious Jean, the arrogant Claude, the slothful Clarissa, or the air-headed Desmond?  (These are not real people, by the way!)  We stand culpable for moral faults, but we must bear with them in ourselves and others until God sees fit to change them–knowing that we ourselves have placed obstacles to uprooting these vices in God’s way.  Love stands as the essential Christian virtue, and love is made like unto God when we not only love saintly, strong, beautiful, and smart people but also weak, poor, sinful, stupid, and ugly people.  Our goal is none other than to fulfill the New Commandment: “A new command I give you: love one another. As I have loved you, so you must love one another,” (John 13:34).  A system which would eliminate the difficult to love is anti-christ.  For, God made us all and for all to love one another.

My first day of vacation starts tomorrow.  I put pilgrimage in the title because Montreal includes part of this vacation, and I cannot imagine that we shall visit that fascinating city without stopping by St. Joseph’s Oratory.  This oratory was made famous by the miracles produced there and its association with St. Andre Bessette, who might have called himself St. Joseph’s doorkeeper.  He was famous for thousands of miraculous cures, which he attributed to the intercession of St. Joseph.

Since it is late, and I do not want to spend too much time writing (I wake at 3 AM on the morrow–four hours from now!), I decided to briefly list some highlights of my anime hobby and spiritual life.  I hope you find some of them interesting.

Only in a perfect world!

Aoi losing her gun has to count as one of the saddest moments in the show thus far.

That sums it up for my anime watching.  I still owe you guys some manga reviews, so expect that around St. Edith Stein’s feastday (Aug. 9th).  Speaking of saints, I find St. Thomas Aquinas’ Catena Aurea a constant source of inspiration.  There are almost four hundred pages of commentary on Matthew before I can move to the Gospel of Mark, but St. Thomas Aquinas’ ability to draw so many relevant Church Fathers on each passage of Scripture is nothing short of amazing.  Also, I’m reading George MacDonald’s The Seaside Parish.  George MacDonald is a genius of the spiritual life and every page contains something quotable.  Why don’t people read him anymore!!?  I’ll be right alongside C. S. Lewis in thanking George MacDonald for his works when I get to paradise.

Until August 9th, you’ll be seeing no more articles unless I am so lucky as to find a wi-fi hotspot.  But, I should be able to respond to commentary.