I know an American History professor who refers to today as “Yankee Thanksgiving.” There are two Thanksgivings which took place prior to the one celebrated by the Pilgrims of Plymouth Colony in 1621. You may hear Floridians brag that their state boasted the first Thanksgiving in what would become the United States. On September 8, 1565, Spanish explorers and the Timucuan tribe held a Thanksgiving mass in St. Augustine–the oldest city in America. As for the other one, English settlers in Virginia held a Thanksgiving event on December 4, 1619, beating the Pilgrims by almost two years. But, it is just as well that our holiday hearkens back to the harvest festival put on in Massachusetts: the other two do not give a ready excuse for eating tons of food!

While I thank God for His innumerable blessings, I want to write a Thanksgiving post which rectifies my long, long hiatus. For the first time, I did not participate at all in National Blog Posting Month. So, I thought that I would write blurbs on all of the anime which I’ve watched in the past few months. After all, just because I have stopped writing about anime does not mean that I have stopped watching them! The list is long, but I promise to limit myself to five sentences per anime. If you don’t see a rating, that means that I have not watched that anime until the end. 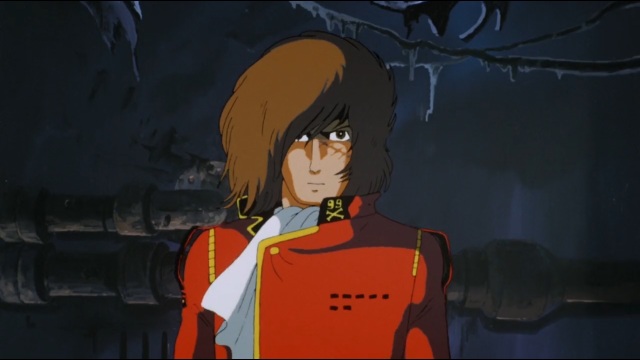 I love Leiji Matsumoto’s work.  This movie acts as a prequel to the events of Captain Harlock.  An alien race has subjugated the Earth.  Captain Harlock, a new friend, and a resistance network must give the men of Earth hope.  Anime fans with a love of bushido are sure to find this film very moving. (Tubi TV, Amazon Prime)

Buddy Complex offers some excellent fights and a plot which keeps you glued to your seat.  We follow a high school boy dragged against his will into a mecha conflict in another world.  The one person connecting him to Earth turns out to be an enemy pilot who wants him dead.  I’m very happy to have watched this anime, but I can’t see myself re-watching it. (Hulu, Tubi TV) 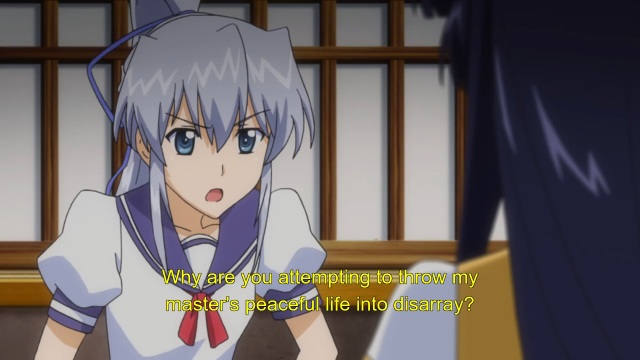 Here’s another anime I enjoyed but would not watch again.  Campione! is a harem anime which follows the adventures of the god slayer  Godou.  The action revolves around the hero Godou slaying pagan gods bent on destroying civilization and around the bevy of beauties he collects along the way.  This anime loses points for the ridiculous fanservice–and by ridiculous, I mean laughter-provoking as well as eye-rolling.  The presence of Liliana Kranjcar, the only Croatian anime character in existence, interested me enough to watch it.  (Hulu, Crunchyroll, Hidive)

This anime needs no introduction.  If a canon exists for contemporary anime fans, Cowboy Bebop is on it.  I’m presently re-watching it, and think that I might bump my rating up half a star by the end.  Fun fact: Cowboy Bebop is the only anime to not exhibit a single firearm mistake in its animation.  Also, you know, it’s very easy to forget just how drop dead gorgeous Faye Valentine is: she really should have been on my top five list. (Hulu, Tubi TV)

Another classic, but one less talked about, Dennou Coil follows the adventures of children connected to the cybernetic infrastructure of Daikoku City.  I confess that my experience of this anime splits into twenty episodes watched at an anime club in Richmond, VA during 2013 and six episodes this year.  The earlier episodes were a lot more fun than the more somber ending.  The animation took over ten years to make, and this shows in the final product.  A good series to watch with friends. (Hidive)

After nine episodes, yours truly is stalled in this series.  I’m not the biggest fan of horror, but I decided to give this horror classic a try around Halloween.  Higurashi no Naku Koro ni is every bit as twisted as you were lead to believe, and I found myself pulled along by the suspense.  The most annoying thing about it is how it repeats a similar scenario over and over again.  I remember enjoying Umineko no Naku Koro ni a lot more. (Hidive, Hulu)

Curiosity won out, and I decided to give this rendition of Jojo’s Bizarre Adventure a try.  The over-the-top action entertained me for a good while, but I found the over-dramatic acting annoying after ten episodes.  If there’s a better rendition of Jojo’s Bizarre Adventure than this vampire-slaying saga, tell me in the comments. (Hulu, Crunchyroll, Tubi TV)

Here’s a fun mecha anime.  I still fondly remember Kei’s rant on immodest swimwear.  Earth fights an interstellar war with an alien race intent on harvesting their DNA–destroying the human race in the process.  The character animation is not the best, but the mecha action and the comedy make this well worth watching. (Hidive, Crunchyroll) The action in this OVA spans from the 16th century to modern times.  Our lead characters were fortunate to neither die nor be turned into monsters by eating mermaid flesh but instead gained immortality.  At present, they are hounded by a rich heiress who wants to both gain immortality and a cure for the disfigurement caused by her drinking mermaid blood.  The animation is quite beautiful, and a combination of suspense and horror keep the audience interested.  The only downside is that the anime also has as much nudity as you might find in a Rumiko Takahashi manga.

This anime begins with how Yuta and Mana, the two immortals from the OVA, first met.  The action covers the present time and some flashbacks to Yuta’s past in medieval Japan.  Mermaid Forest is the closest thing in the Takahashi corpus to Inuyasha.  Too bad that Mermaid Forest did not spawn 180+ episodes!

Here is one of those cases where the sequel outshines the original.  Dominion Tank Police was okay, and the only thing which sticks out about it is the very vulgar tank traps the Puma sisters use against the police.  New Dominion Tank Police achieves all the potential in a scenario involving police with tanks.  Any lover of tanks and action should give this series a shot. (Hidive)

At the moment, this feels like Orphen‘s Fumoffu.  I’ve only watched a few episodes, but I have my doubts as to whether the action will get nearly as serious as the original fantasy classic, Orphen.  A fun, fantasy anime so far. (Hidive)

Well, dear readers, I feel as though I’m running out of steam.  There are about eight more anime I want to cover, but I will save them for tomorrow.  Once again, may all of you have a happy Thanksgiving!