Three weeks is a long time to go without me writing on Medieval Otaku.  The Muse has gone quiet on me, and I can’t but think it has something to do with how preoccupied I have been with work and everyday cares.  I am reminded of the one whose faith is sown among thorns: “And he that received the seed among thorns, is he that heareth the word, and the care of this world and the deceitfulness of riches choketh up the word, and he becometh fruitless,” (Mt. 13:22).  My writing has been anything but fruitful of late.  Deo iuvante, this will change in the near future.

But, human beings are mutable  The curious thing about the states Christ describes in the Parable of the Sower is that a person might go through all four conditions in his life: that of having his faith taken away by the devil’s blandishments, withered by persecution or fear of man, choked by the cares of the world, or bearing fruit many times over.  What matters is for us to become good seed in the end by constant renewal. 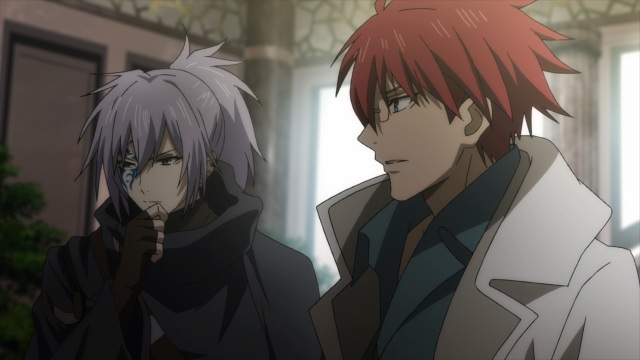 Having written that, let me begin my seven quick takes, which may be described as seven random items of interest.  Use the search bar to see just how random my quick takes can get.  What’s written below will be no exception to that rule; though, perhaps less random than my ABC Award.

I’ve never read Dante’s Divine Comedy.  Sure, I’ve read The Inferno, and I hated it thoroughly.  Part of the reason, no doubt, derives from my hatred of hell.  Ignorance also plays a part of my dislike.  The verses are abstruse, and most of the damned count as personal enemies of Dante whom the world has forgotten.  It is hard to make a simple translation of Dante’s verse.  Prior to now, I had not gone further than ten cantos into The Purgatorio–no matter how many attempts I made to read it.

END_OF_DOCUMENT_TOKEN_TO_BE_REPLACED

This post has been delayed for far too long.  That I waited until this year to watch some of the best shows from last year contributed to the delay; though, laziness stands as the primary cause.  It is remarkable that four of the top five were aired on Amazon and that one streamed on Netflix.  Most of my anime is viewed by way of Crunchyroll, which often errs on the side of quantity over quality.  (Not a bad thing if one wants a more complete experience of each season.)  I have the impression that Netflix and Amazon have more resources to either contribute to making or culling the crème de la crème from each season’s lineup.