I should get on with this review before this season gets any closer to the end.  Many anime have already released their tenth episode by this point!  Let me just note that you should be seeing my top five anime of 2017 and a quick takes post on the various anime I’m consuming right now in the near future.  Before I wrote a definite top five list, there were a couple of shows which I wanted to try.  Am I glad that I did: these two anime took the first two places with five stars!

At any rate, below are my thoughts on the now eight anime I’m watching from the current season.  I decided that I had room on my schedule to add the short Takunomi, which I’ll be comparing to Osake wa Fuufu ni Natte Kara. 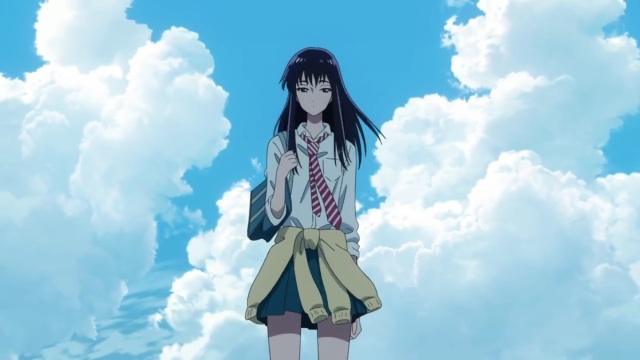 Here’s a show which has seen an endless number of bloggers comment on the premise.  Is it right for the 17 year old Akira Tachibana to desire a romantic relationship with the 45 year old Masami Kondo?  How appropriate is such a relationship?  It’s not appropriate at all: Kondo’s wife is still alive.  Kondo would sin if he began another romantic relationship, and Akira likewise if she were to become his partner.