I had forgotten that Satoshi Kon directed Millenium Actress until his name rolled across the opening credits.  Even if one had missed his name, the quirky Satoshi Kon method of transitioning from scene to scene would have tipped me off.  Millennium Actress reminds me of Perfect Blue.  The two movies have many points of comparison; yet, their treatment of living in a fantasy world are very different.  You might call Perfect Blue‘s treatment of fantasy and delusion via negativa, while Millenium Actress stands as a via positiva.  I’d love to read any blog posts comparing and contrasting the two.  Send such a blog my way if you’ve written one, dear reader.  I’ll reblog the first three of you! 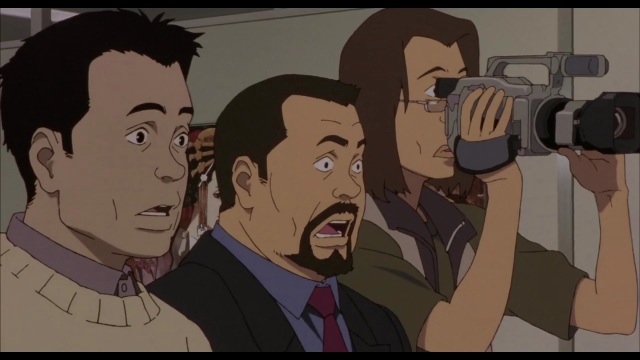 Millennium Actress covers the life of Chiyoko Fujiwara from her teens in WWII Japan to her old age in contemporary Japan.  The movie is a framed story, with Chiyoko’s life being the center and the interview of Chiyoko conducted by Genya Tachibana, a very avid fan, with his assistant in modern times framing the tale.  Amusingly, Genya and his assistant–in the fashion of how Satoshi Kon mixes reality and fantasy–appear to film her life as if they were right there beside her.  I won’t spoil just how much Genya participates in Chiyoko’s life, but there’s not another movie which uses quite the same idea.

The whole trajectory of Chiyoko’s life is set by meeting a young Japanese dissident during the war.  She hides him on her property for a night, and helps him escape from the police the next day.  A director had spotted her previously and asked whether she wanted to be in movie filmed in Manchuria.  Her mother had turned down the offer, but, since the Japanese dissident was heading towards Manchuria and she was madly in love with him, she overrode her mother’s veto at the next opportunity. 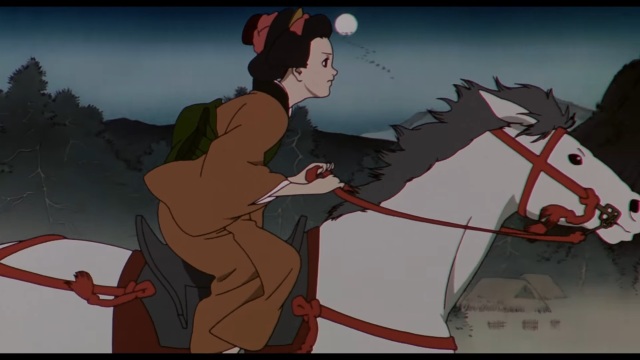 The Japanese dissident gave Chiyoko a key at their parting.  The memory of him and her longing to meet him inaugurated a lifelong romance.  These romantic feelings found an outlet in film, as they made Chiyoko’s performances more poignant.  Would she have become a star without this chance meeting and her unrequited love?  Though Chiyoko lives for a love completely within her imagination, this love and longing gives her such a deep well of emotion that audiences across Japan are touched by it.  This fantasy, though an illusion, manages to enrich both Chiyoko and her audience. 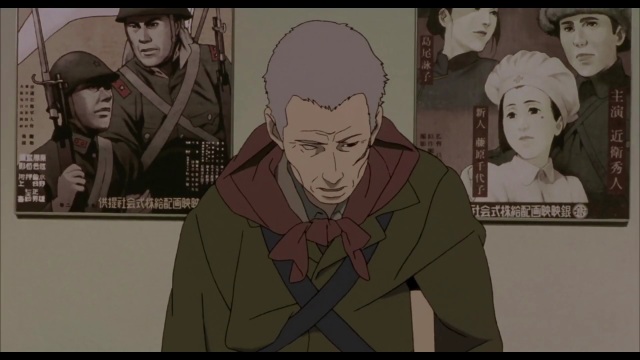 Besides the interesting questions posed by the film, I cannot praise the depth of the characters and beauty of the animation enough.  Kon does a marvelous job depicting WWII Japan, and the film even admits to some of the atrocities committed by Tojo’s military dictatorship.  Most Japanese ignore the dark side of the war.  (See my criticism of The Wind Rises.)  Overall, the film is a real masterpiece. 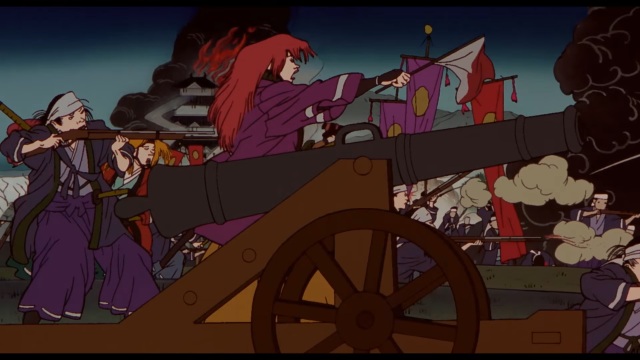 And so, my rating is…