You’ve read the title correctly, my dear readers.  Medieval Otaku has entered its fifth year of existence!  Usually, I would point out my plans for the coming months, but certain urgent matters occupy my attention such that I don’t want to set anything blog-related in stone.  Over the past year, I spent too much of my time focused on political matters and the 24-hour news cycle.  Happily, the constant one-upmanship that characterizes the news has started to bore me to tears, so I should spend more time on anime and my other hobbies.  May this produce more interesting posts for you!

Let me turn to my choices for the spring 2017 season of anime.

Having seen episode one, this show strikes me as having that balance of action, comedy, and heart I so value in any story.  It concerns a young psychic named Sana who has escaped her research facility.  Naturally, the organization conducting the experiments on her and others is eagerly searching for her.  However, she gets taken in by an old florist named Zouroku Kashimura, and this gruff and levelheaded old man looks like he won’t let them recapture her without a fight.

Last year, this anime struck me as generally entertaining with some fine moments thrown into this dark fantasy adventure.  At first, the CG grated on me, but it slowly improved until being rather passable in the last four episodes.  It doesn’t hold a candle to the original series, but Berserk might very well be among the top five shows for this season. 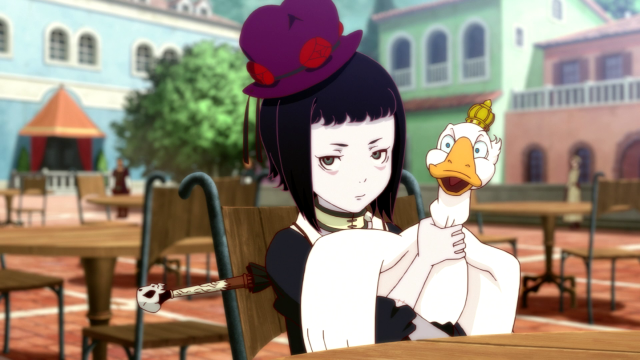 Rage of Bahamut: Genesis stood out as my favorite show of the fall 2014 season.  So, I’m eager to see how this fantasy awash with religious syncretism fairs in a second season.

The setting of a planet overrun with machinery sounds like fun.  I can’t remember the last anime I saw with a similar setting, and so I’m giving this a shot. 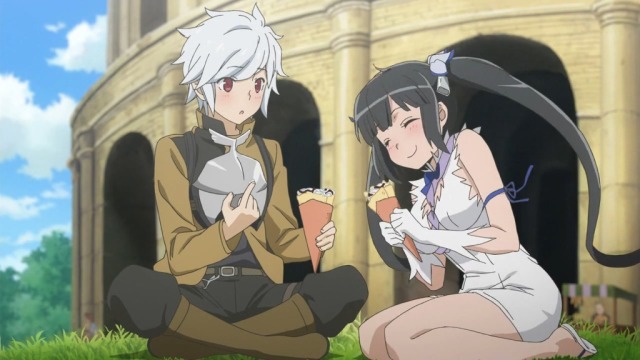 5) Sword Oratoria: Is it Wrong to Pick up a Girl in a Dungeon?

I enjoyed the first season despite its imperfections, so I’ll give the second season of this RPG-ish fantasy a chance.

This show appears to have an interesting idea behind it.

7) Zero kara Hajimeru Mahou no Sho (aka Grimoire of Zero)

I’m a sucker for any anime which neither blatantly rips off from RPGs nor sends people from the real world into a video game.

So, what are you looking forward to from this season?