Here we are five weeks into the new season of anime, and I have yet to write a post about what I’m watching!  Keshikaran!  Mattaku keshikaran!  Procrastination counts as one of my worst vices.  It seems to have gotten worse of late, and one wonders how I shall manage to bear with NaBloPoMo. 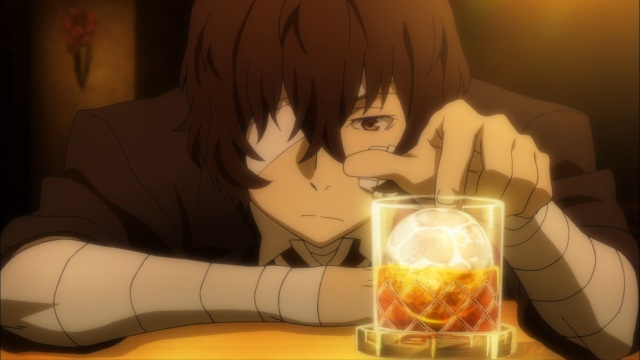 Limiting myself to six anime was surprisingly easy this season.  I’ve yet to watch Luger Code 1951, but I’ve kept up with the other five.  And so, I’d like to invite my dear readers to suggest a couple more for me to add to my watch list.  Without further ado, the following are the shows I’ve been watching:

The CG animation in this show is some of the best I’ve seen.  The second season started with its best foot forward: action packed mecha battles.  All the characters are as likable as they were in the first season. 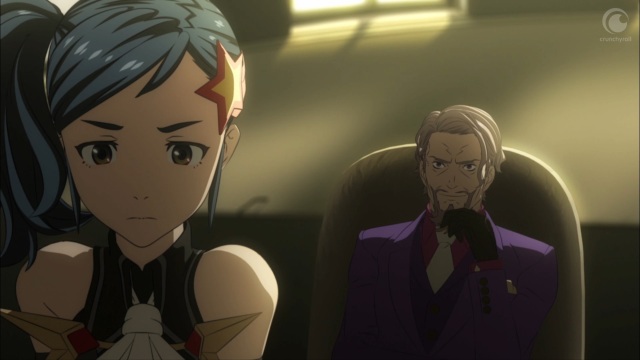 The greatest problem with the show thus far is how the characters all strike me as rather confused.  Epizo works for the villain, Guy, because he loves Laeticia–even though the villain intends to eliminate all Bubuki users in the end.  Despite being one of Guy’s most devoted allies, Kaoruko, Azuma’s sister, has betrayed the villain…and been simultaneously abandoned by our heroes.  Reoko looks like she’ll be a good girl this time.  And so, I find myself just going along for the ride as I hope for the plot to make more sense.

This anime concerns vampires called “Bloodivores.”  (I swear that I hear the characters simply using the regular word for vampire, kyuuketsuki, but I could be wrong.)  These Bloodivores were created as a side effect of a particular drug, now these patients have turned into blood suckers who are being strictly monitored by society.  We are introduced to our heroes as they rob a bank.  Unfortunately for them, they are captured, framed for murder, and then exiled along with other vampiric convicts to an abandoned facility crawling with monsters–possibly even sent into the future.

My greatest problem with Bloodivores is how short the episodes feel.  Very little happens each episode: even the episodes in Mayoiga felt more satisfying.  I might just stop watching this show until the last week of the season and marathon it.  Like Mayoiga, most of my interest in the story derives from the peculiar situation our heroes find themselves in.  Wanting to know what’s going on and the action keeping me on the edge of my seat will ensure that I don’t drop this show.

Well, the first four episodes of the new season were masterfully done.  I am happy to return to where the first season left off, but this flashback to Dazai’s past exhibits some great storytelling. 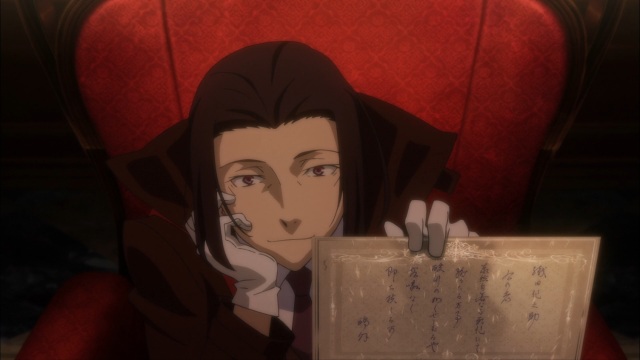 Iblessall has written a brilliant editorial on this tragic arc.  Few anime articles touch the sublime like this one does.  Read this article–even if you’re not watching the series: “Bungo Stray Dogs” & the Tragedy of a Good Man.

Flip Flappers counts as the biggest surprise of the season for me.  I watched the first episode on a whim.  The highly imaginative and beautiful quality of the animation greatly recalled Studio Ghibli to mind.  More recent episodes remind me instead of Trigger.  The animators responsible for Flip Flappers, Studio 3Hz, has worked on Dimension W, which I rated 7/10; so, they are well worth keeping in mind for the future. 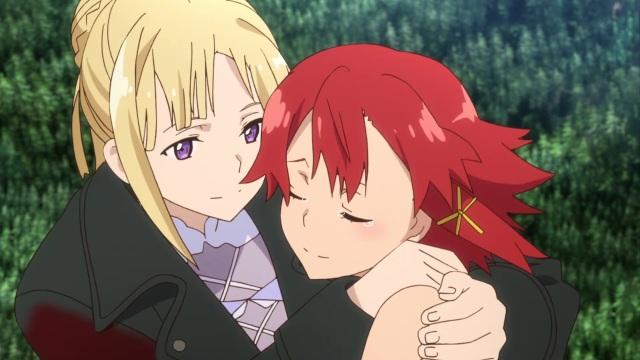 If not for the stunning arc we were treated to in Bungo Stray Dogs, this would be the best show of the season.  (Of course, I might just not be watching the best show of the season, which is why you are free to recommend a couple of anime below.)  The heroines are both likable, and I love the detail the animators put into capturing the war machines of WWII.  In particular, I noticed that they are adhering to the sorts of tanks the Germans used at the beginning of the war rather than throwing Tigers and Panthers at the soldiers of Elystadt–as cool as those vehicles are. 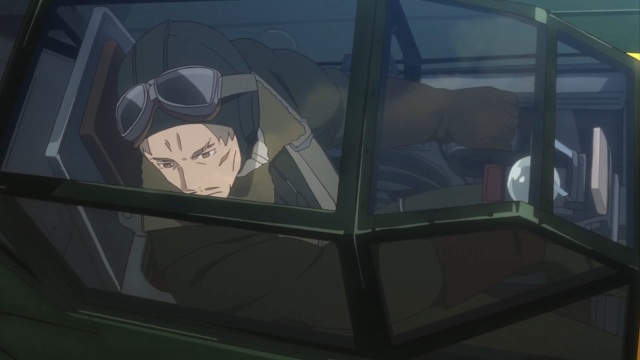 I’ve determined that Elystadt is essentially a non-neutral Switzerland.  They speak German, occupy the same area, and attempted to be neutral in the war.  They have an interesting motto: “Ich bin tapfer und bin fromm”–“I am brave and meek/pious.”  I prefer the translation “meek” because bravery and meekness were the two qualities a knight is supposed to have, and they are also the two qualities held by Izetta herself.  If you want to see a great “CS Lewis Doodle” on the opposite yet necessary qualities of courage and meekness, click here for his video on chivalry.

Here is another show I watched on a whim.  The story is based on Edogawa Ranpo’s Boy’s Detective Club, and we follow a depressed protagonist who cannot die.  I’m a big fan of the story where a depressed loner finds a reason for living.  That and the action keep me watching this show for now; though, it strikes me as somewhat unremarkable otherwise. 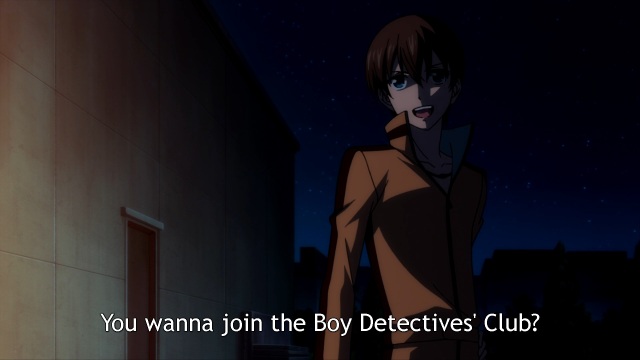 Look forward to another post covering what I am watching outside of the current season!