I have the good fortune to have a backlog of chain blogger awards.  For this one, I thank Fiddletwix of the blog The Anime Madhouse.  Here are the rules:

1 – Thank the person who nominated you and include a link to their blog.

5 – Keep the rules in your post to make it easy for everyone to know what to do!

Here are the five facts about myself.  I hope that at least three of them are things my dear readers haven’t heard before.

1) My paternal grandfather could speak eleven languages fluently.  His career of being a plumber and master electrician proves that he learned these languages simply as a hobby; though, I have no doubt that they proved useful in his hometown of New York City.

2) In ranked order, my five favorite novelists are Alexandre Dumas, Fyodor Dostoyevsky, Miguel de Cervantes, J. R. R. Tolkien, and G. K. Chesterton.  Curiously, I give Cervantes the title of having written the best novel of all time: Don Quixote.  If not for the scarcity of the works available from Cervantes in English and that Cervantes’ Exemplary Stories lack the quality of his magnum opus, I might have placed him higher on the list.

3) I have two favorite translators: David Coward and Richard Lattimore.  The first really captured the the prose style and literal meaning of Alexandre Dumas quite well.  (The more I read Dumas’s Ange Pitou in French, the more perfect Coward’s translations of The Count of Monte Cristo and the Three Musketeers series appear to me.)  Coward also has tons of notes attached to his translations, which clear up ambiguities without losing the literal meaning and give the reader a better understanding of the history and times of the place.  Richard Lattimore is famed as perhaps the most literal translator of the The Illiad and The Odyssey, but he manages not to sacrifice the poetic quality of the lines–an almost impossible feat.

4) Speaking of translation, every teacher seems to use Robert Fitzgerald’s translation of The Aeneid, but I can’t stand it.  One should only read The Aeneid in Virgil’s original Latin or John Dryden’s translation if they can’t take the trouble to learn Latin–that most logical of languages.  (You’re welcome to suggest other translations of The Aeneid below.)

5) I am a great enthusiast for fountain pens.  Most of the essays you see on this blog were first written down with a fountain pen and then typed up.  On the other hand, articles which are less complex–like the present one–I directly type out on the computer.

4) Cutsceneaddict of Beneath the Tangles 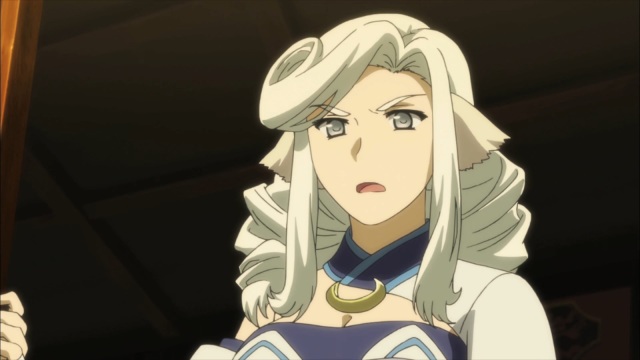 9) iblessall of Mage in a Barrel

12) krakenjarl of The Ephemeral Kraken’s Lair

13) Toby of The Overlord Bear’s Den

Well, it was pretty hard coming up with people whom I haven’t nominated recently or who haven’t received the Creative Blogger Award.  (This might be a sign that I need to increase the number of blogs I read and time I spend blogging.)  Be sure to check out their blogs!