Here comes that promised review of The King’s Good Servant but God’s First by James Monti in addition to St. Alphonsus de Liguori’s The Glories of Mary, which I happened to obtain free from the traditional Catholic organization, America Needs Fatima.  On occasion, their e-mails and newsletters kindly offer free books, religious medals, and even blessed rosaries in the hopes of strengthening the Catholic faith in America.  (Since I have not been able to donate for a while, I owe this force for good some advertising for all the free stuff they’ve sent me and will send me.)  At any rate, Monti’s biography of St. Thomas More sticks closely to historical facts and the Christian polemics raging at that time.  On the other hand, de Liguori’s work focuses on the passages of patristics, medieval saints, later writers, and miraculous stories associated with St. Mary in order to stir up one’s devotion.  As such, I can recommend the former to any studious individual (I myself could barely put the book down), while The Glories of Mary has devout Catholics as its target.

The goal of increasing devotion to the Blessed Virgin Mary holds such value that one who propagates her devotion is certainly saved.  Also, all the saints attest to the necessity of being devoted to the Mother of God.  So, The Glories of Mary is quite a necessary book, though it did not stir my devotion as much as The Life and Revelations of St. Gertrude.  The best part of St. Alphonsus’s book lies in the many examples of St. Mary saving sinners from final damnation–even those sinners whose devotion to St. Mary was very slight or even those who just managed to call on her just prior to death.  One is reminded of the devil in Dante’s Purgatorio complaining about the many sinners St. Mary snatches from his hands. 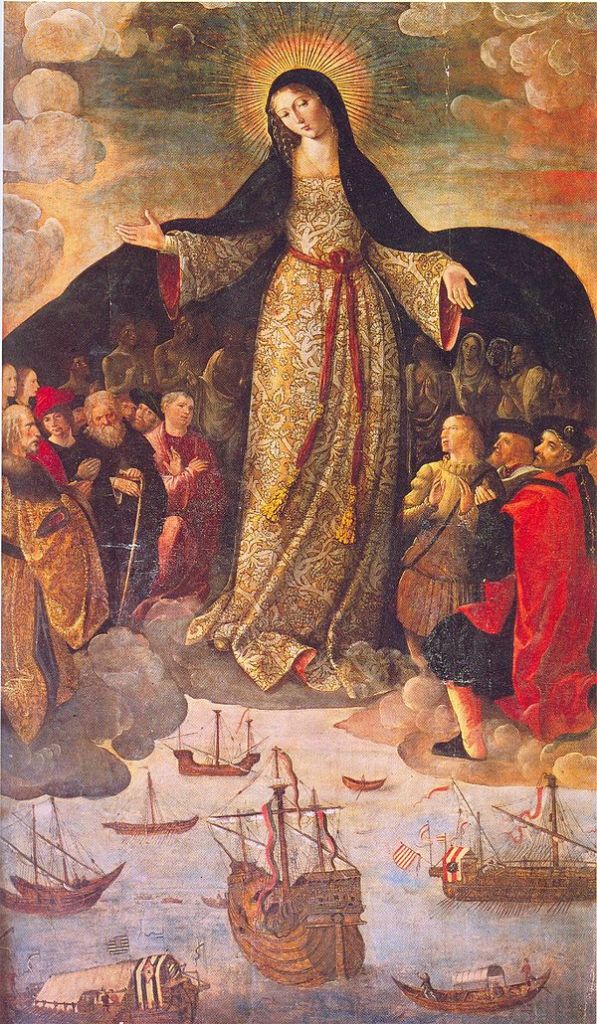 The beginnings of my own devotional life began in grade school with my devotion to the Sacred Heart of Jesus.  In essence, I was semi-rebelling against my grade school’s focus on Marian devotion.  Why should we focus so much on St. Mary when Jesus Christ is Our Savior?  But, I eventually came to understand that one who loves Christ will also love Mary.  It seems to me as though Our Blessed Mother waited a very long time for me to become more fervent towards her as I cultivated devotion to so many other saints.  But, God eventually gave me to understand that the veneration of the saints accrues to the honor of the Creator, and the veneration of Mary–God’s greatest creation–honors God more than honoring the other saints combined.  So, I do recommend this book especially for those whose devotion to Mary is flagging.

A picture of Erasmus, one of St. Thomas More’s closest friends and a fellow Christian Humanist.

On the other hand, Monti’s biography of St. Thomas More is more widely accessible despite its Catholic slant–and, I might add, a good antidote to those imbibing the poisonous calumnies leveled at More in the show Wolf Hall.  This biography shows St. Thomas More as he was: a Christian humanist, Catholic apologist, pious, just, and very loving to all his household.  Most of his contemporaries would have found the thorough education he gave his daughters quite unnecessary.  His daughter Margaret was so well educated that a Cardinal, happening upon a letter she wrote to her father in the tongue of the Romans, paid St. Thomas More a gold coin for the privilege of reading a letter exuding such perfect Latinity.  This same daughter solved a problem in the critical edition of one of the Church Fathers which had been plaguing scholars for centuries.  More’s hobby, outside of his studies in the humanities, seems to have been collecting exotic animals–much to the delight of his visitors.  Is such a man the monster portrayed in Wolf Hall?  Of course not!

How well woven and readable the history of the Protestant Reformation in England and More’s relationship to the king are also make this a great book to read.  Many don’t know that Henry VIII and St. Thomas were great friends until the controversy over Henry VIII’s divorce of Queen Catherine.  Before the relationship between the crown and the papacy became strained, Henry VIII was actually the one who convinced More of the truth of papal supremacy!  It is rare to find a history which delineates its figures with so much personal detail.

So, there you have it: two Catholic books which fulfill different needs.