‘Tis safe to say that my goal of writing fourteen posts in fourteen days proved a bridge too far.  But, there is often value in setting goals higher than one can accomplish.  Such is especially the case with me: if I strive not for the moon, I have no hope of landing among the stars.  Nevertheless, I met the two goals of feeling confident once again in my writing and making writing a pleasant habit once again. 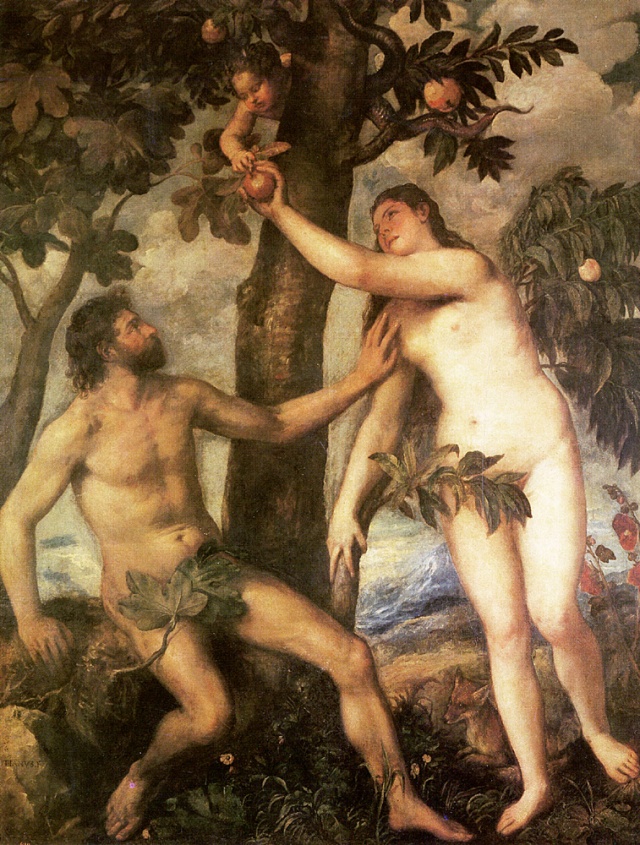 Speaking of setting impossible goals, reviewing Philo’s Allegorical Interpretations I-III in a complete sense would require more than the single post I’m willing to allot to it.  One stares agape in wonder at the wealth of information Philo provides and his facility of bringing forth relevant passages of Scripture and parsing Greek philosophy.  The three books draw interesting allegorical interpretation on the Story of Creation and the Fall of Man for discussing virtue and vice.  Treat the following post as notes to topics I found most interesting.  “But, can’t you be more thorough?  I know you: you’re just being lazy!” you say?  Well, to paraphrase G. K. Chesterton, anything really worth doing (as sharing what I gleaned from Philo surely is) is not only worth doing well but also worth doing badly, an adage I hope the present article proves in spades.

As one reads Philo, one cannot help but compare his style of writing to the two greatest theologians of the Church.  Philo’s perspicacious knowledge of Scripture and his apt recourse to Greek philosophy to bolster his points reminds one strongly of St. Thomas Aquinas.  On the other hand, Philo’s humility, his knowledge of his utter reliance upon God, and his fear of losing his way are attitudes found in St. Augustine’s work.  A lover of Christian spiritual classics would not find his style of writing alien to him, even if the philosophers he mentions might be.  This makes me wonder just how far Philo’s influence stretched into latter Christian theological and spiritual works.  Was it only through St. John the Evangelist that Philo influenced the Church or were Philo’s writings well known to the Church Fathers? 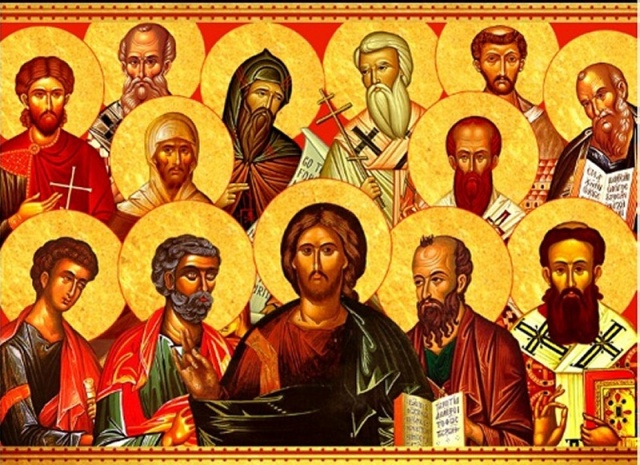 Speaking of connections to St. John, I found two interesting points in his interpretations: 1) for Philo, the tree of life symbolizes “generic virtue” or that “which exults and triumphs, being delighted and honoured on account of nothing else except its Father, God,” (Alleg. Inter. I: chapter 19) and 2) the idea that wickedness is essentially darkness or the will to remain in darkness.  Generic virtue, it seems to me, symbolizes the love of God, which is the supernatural charity that St. John describes as the chief virtue of a Christian.  Of course, Philo’s sole focus for this virtue is God (at least, from what I read in Allegorical Interpretations), while St. John reminds us that love of neighbor is an essential part of loving God.  After all, how can we love God without loving what God loves?  Therefore, we ought to love the angels, the saints, and our fellow men above everything except the Creator himself.

The second point I referred to above comes up in St. John time and time again.  Christ is “the light of the world,” believers are “the children of light,” and one who “does evil hates the light, and will not come into the light…” (John 3:20).  This feels very Platonic in that ignorance appears to be the cause of sin and wisdom the cause of righteousness.  Light in Philo is essentially God’s wisdom as known by revelation and studying the nature of the world.  This is contrary to Plato’s idea of knowledge being discovered in the self through the process of remembering.  (One of my dear readers probably knows the right term for this.)  Instead, Philo considered the retreat into one’s own mind as the cause of wickedness: one forgets divine revelation and follows worldly opinions; in effect, cutting oneself off from God’s presence through rejecting God’s wisdom.  Curiously, “the Wisdom of God” (I Corinthians 1:24) is understood to be Christ in the Christian tradition, and St. John emphasizes one’s relationship with Christ as the foundation of salvation. 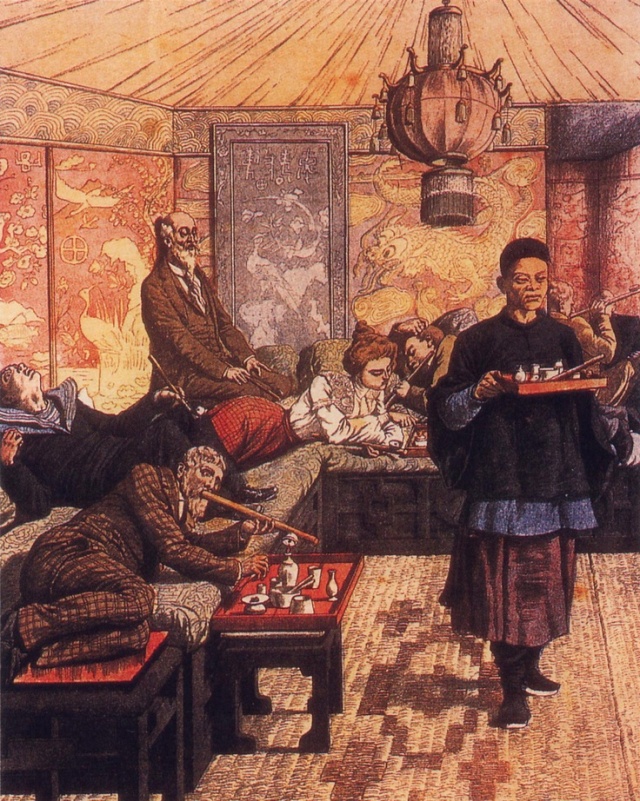 Philo locates the reason people prefer darkness to light in pleasure.  For the wise man, pleasure is concomitant with right action.  For the wicked, pleasure is the goal of action.  Contrary to the standard Christian interpretation, Philo states that the serpent in the garden symbolizes pleasure rather than Satan.  Therefore, it was not pride which caused Adam to fall, but the inordinate desire for pleasure.  It is fascinating to read how Eve symbolizes the external senses and Adam the mind, which uses the external senses according to right reason or according to finding pleasure.

(90) Well, therefore, does the Godloving Moses answer. For truly the actions of the virtuous man are supported by education as by a rod, tranquillizing the disturbances and agitations of the mind. This rod, when cast away, becomes a serpent. Very appropriately. For if the soul casts away instruction, it becomes fond of pleasure instead of being fond of virtue. On which account Moses fled from it, for the man who is fond of virtue does flee from passion and from pleasure. (91) But God did not praise his flight. For it is fitting, indeed, for your mind, before you are made perfect, to meditate flight and escape from the passions; but Moses, that perfect man, ought rather to persevere in his war against them, and to resist them, and to strive against them, otherwise they, relying on their freedom from danger and on their power, will ascend up to the citadel of the soul, and take it by storm, and will plunder it entirely, like a tyrant. (92) On which account God commanded Moses “to take hold of it by the tail,” that is to say, let not the hostile and untameable spirit of pleasure terrify you, but with all your power take hold of it, and seize it firmly, and master it. For it will again become a rod instead of a serpent, that is to say, instead of pleasure it will become instruction in your hand; (93) but it will be in your hand, that is in the action of a wise man, which, indeed, is true. But it is impossible to take hold of and to master pleasure, unless the hand be first stretched out, that is to say, unless the soul confesses that all actions and all progress is derived from God; and attributes nothing to himself. Accordingly he, when he saw this serpent, decided to flee from it? But he prepared another principle, that of temperance, which is the brazen serpent: that whosoever was bitten by pleasure, when he looked on temperance, might live a real life. (II: chapter 23) 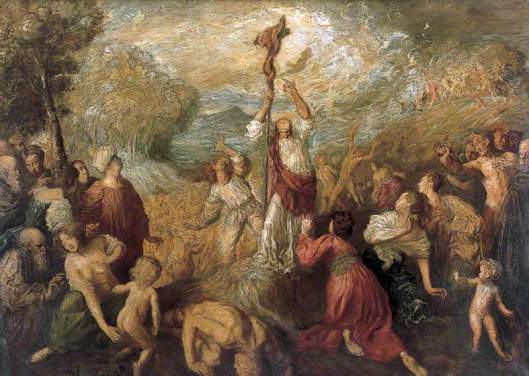 The reason for this lies in that the wise man seeks joy, which is not alien from pleasure, but the highest pleasure and ought to be found in pleasures as indulged in according to right reason.  Temperance stands as Philo’s favorite virtue, which enables one to experience sensual pleasures with joy instead of with sadness–as is the case with those who seek pleasure inordinately.

Much more may be gleaned from the Allegorical Interpretations, but the above should serve to whet your appetite.  A more amusing work of Philo’s, for those of you who would prefer to start with lighter reading, is his Embassy to Gaius.  Most of you know this Emperor Gaius by the name of Caligula, who passed an edict declaring that he must be worshiped as a god throughout the empire.  The Alexandrian Jews sent an embassy, of which Philo was a part, to petition the emperor to give the Jews an exception.  Philo expresses therein a sense of humor you won’t likely find in any other of his writings.