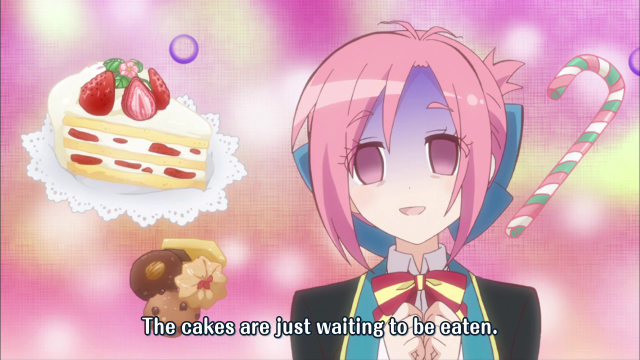 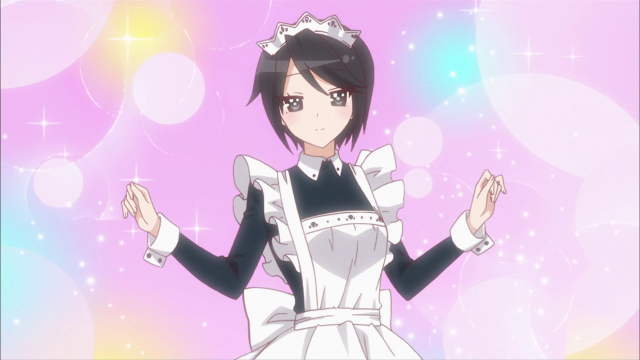 To point out a flaw particular to anime, most series make us focus upon externals more than internal factors.  Just think of all the bishoujo and bishounen characters gallivanting around and the omnipresence of fanservice.  (Some of my friends actually love it when an anime has ugly people!)  Doesn’t this focus on externals strike one as worldly?  After all, caring only about appearances is the essence of worldliness–that it is better to seem than to be good.  Our Lord bids us focus on those things that are within, which is what He means by judging rightly. (John 7:24)  The less I read and the more distracted by the cares of everyday life, the more hasty my judgments become.  Of course, some anime does generate some deep thinking, but most focus on style.  So, I’m going to put aside a cherished pastime in order allocate more time for meditating on the interior reality of things–and no, never mind how the preceding statement sounds: I’m not going to become a monk. 🙂 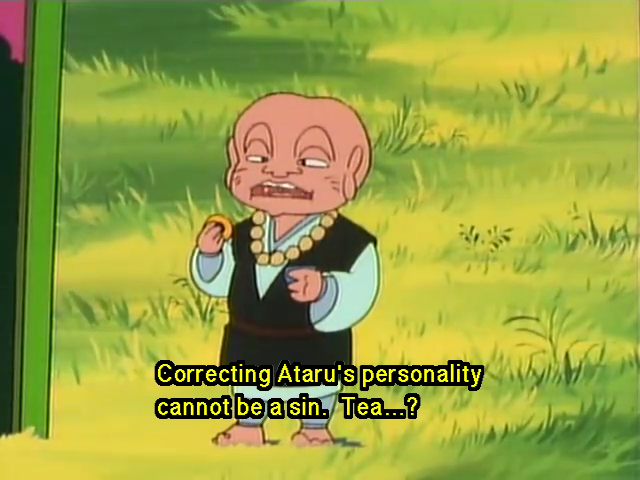 I will be drinking lots of tea during the next few months: “The man with no tea in him cannot perceive truth and beauty,” as the Japanese proverb goes.

So, am I going to tear myself completely from anime and for how long?  At least until I feel less distracted.  (I estimate two months, but we’ll see.)  I admit that certain new shows caught my interest.  Chiefly the following: 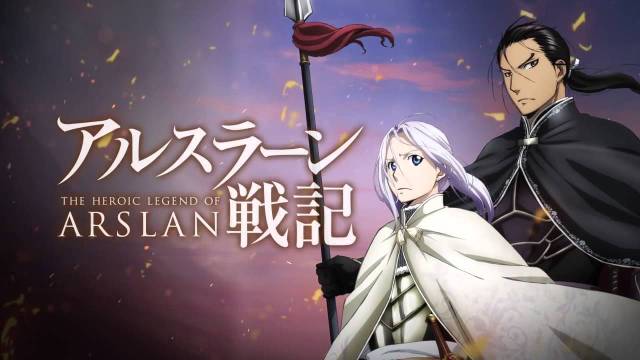 A new work by the mangaka who created FMA? Count me in!

A few others have my interest to a lesser degree.  At any rate, just what did I think of last season?  Here are my scores for the following: 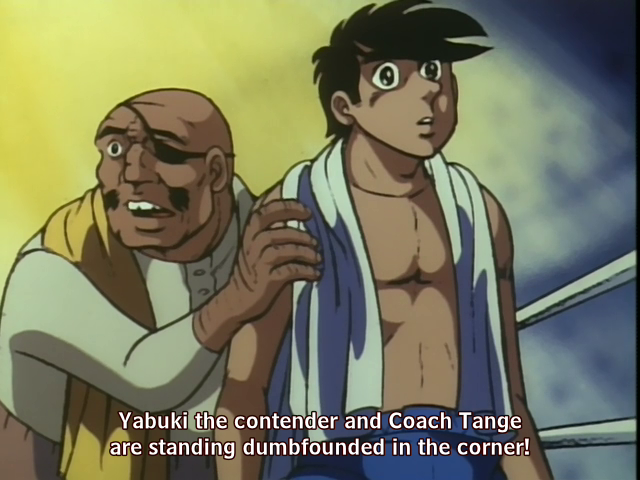 Yes, Ashita no Joe aired forty-five years ago; but, hey, I watched it simultaneously with the above shows and more fervently to boot.  After all, it presently spans more episodes than the rest combined (72 vs. 79), and I must include my love of this show somewhere in the last article I’ll be writing for a long time! 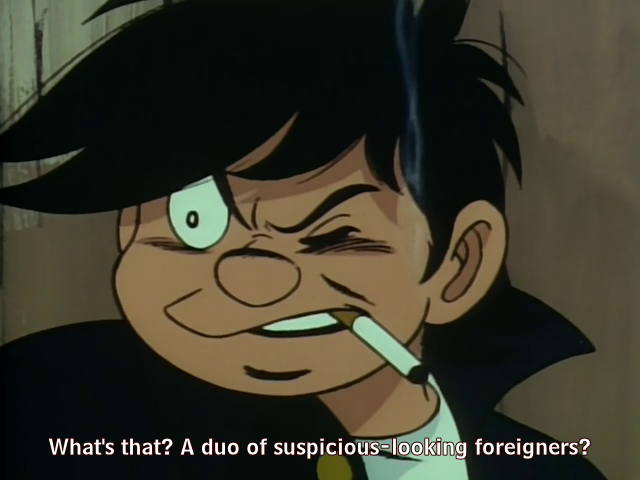 Fat chance on seeing a shot like that in a modern anime!

After Ashita no Joe, Maria the Virgin Witch absorbed my intellectual attention most of the shows I recently watched.  At last, I have determined what makes Maria the Virgin Witch deficient in its presentation of Catholicism: the absence of Christ’s Passion.  Actually, it’s not absent entirely: Maria’s trial and near-execution take their inspiration from the Passion!  (It hit me after a commentator recalled that Maria responds “Who knows?” in response to whether she had been baptized–a very near parallel of Christ’s “You say that I am.”)  Just what does the anime intend by this confusing parallel? 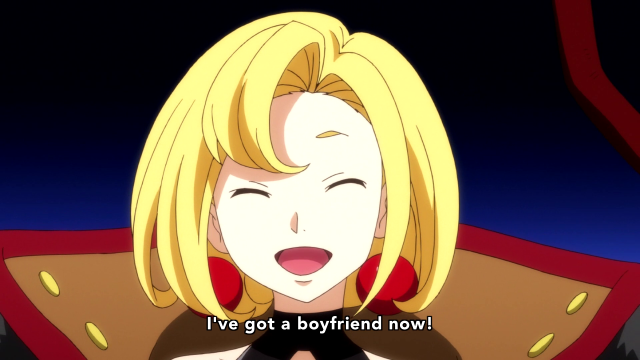 Yet, I have a theory!  During Christ’s life, many Jews looked for a political Messiah–as one sees in the faction of Zealots.  Indeed, Judas Iscariot is often portrayed in film as betraying Jesus so that a riot will occur and force Christ to become the political Messiah looked for by the Jews.  All that needs to happen is another powerful miracle.  However, Our Lord refuses to come down from the cross or even alleviate the slightest of His sufferings–despite the many taunts for Him to do just that.  For refusing to become a worldly king, Christ is deemed a failure by Maria the Virgin Witch–yes, the many references to the other person who tried to change the world refer to Christ. 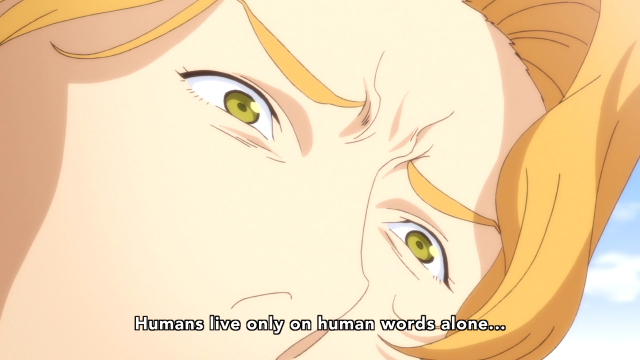 Maria the Virgin Witch’s problem in a nutshell.

Conversely, Maria comes down from the stake.  By destroying war, she is hailed as a Messiah who succeeded.  However, has she changed any hearts by snapping all those spears asunder?  No, and this marks the chief difference between Maria and Christ: Christ, unlike Maria, established a Kingdom of the Spirit instead of striving to create an earthly paradise: “The Kingdom of God is within you,” (Luke 17:21).  The show would have been much more accurate in regard to Catholicism if there had been at least one Catholic who lived as a Catholic: greedy not for the things of this world but for knowledge of and a share in the Cross.  And why should there not have been such a man?  Catholics venerate the Passion more than any other denomination, but this devotion was absent from the show.  But,  this would have required the anime to understand the Cross: “a stumbling block to Jews and foolishness to Gentiles,” (1 Corinthians 1:23).  Ah!  The show brings up the problem of evil, but knows nothing of the problem’s only solution! 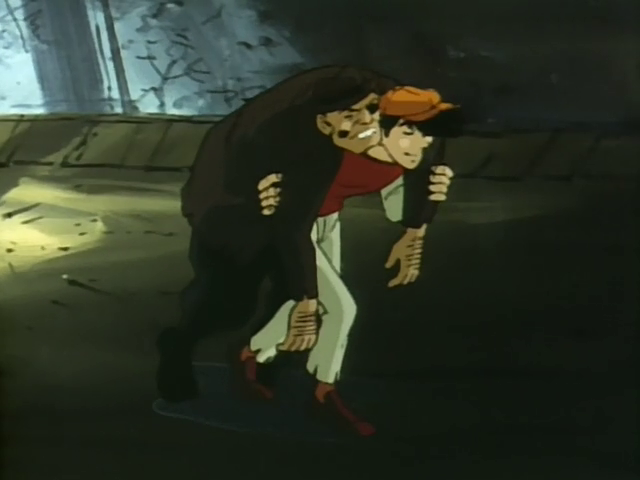 If you want to understand a show which understands the Cross and the grandeur of the Kingdom of the Spirit, you need to watch Ashita no Joe.  And with that thought, I’ll leave you.  Until next time, my dear readers!