As you know, my dear readers, I’ve dedicated this season to watching the classics, with Ashita no Joe, Angel Cop, and Urusei Yatsura featuring prominently among the following anime.  But some new shows managed to sneak onto my list due to the good things I have heard about them: Death Parade, Assassination Classroom, Rolling Girls, and–most recently–KanColle.  Usually, this kind of post appears in the middle of the season and seems extraneous with the season’s end around the corner.  Yet, I wish to collect my thoughts on various shows and place them before you before writing my final ratings.  The shows are listed in order of enjoyment from least to greatest.

In one regard, it’s unfair to place this show at the bottom of the list; but, I have only seen one episode.  While on Skype with a friend of mine, I decided that we should watch KanColle on a whim.  The show is utterly absurd!  High school girls skating on the water with gun emplacements and smokestacks attached to them fighting alien invaders!?  Nuts!  But, its absurdity made me laugh uproariously, and I want to watch more of it.  Unfortunately, the show proved too absurd for my friend, sed suum cuique. 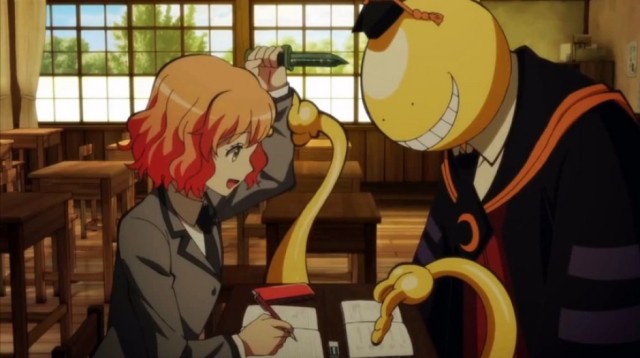 I’ve only watch one more episode of this than KanColle.  The show feels like an action version of Denpa Kyoushi.  Except for the octopus creature, the characters all seem incredibly generic.  As you might expect, a stodgy fellow like me has difficulty identifying with an octopus. 🙂  At any rate, I’ll give it a few more episodes. 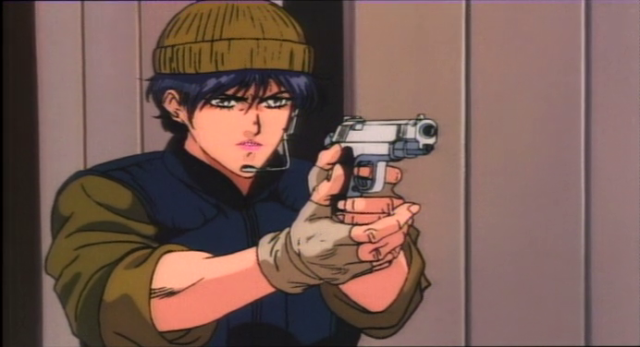 Sindar of Thoughts on Anime gives an excellent review of this show in this article.  The show doesn’t strike me as that great, but the anti-communist lines and action still make it fun to watch.  My brother says that the anti-communist angle was added in order to appeal to American audiences.  Angel, the heroine of this story, does not come across as sympathetic.  Except for Raiden, the heroes strike one as Machiavellian and inhumane–especially during the gruesome torture scene.  Well, I suppose that they are trying to deter a nuclear attack, but they still go too far in my opinion.  Angel herself is prepared to take responsibility for any collateral damage as long as the Communist threat is stopped.

Is it good?  It’s a decent show worth watching at least once–unless you can’t stand the bloody violence for which many 80’s anime are famous. 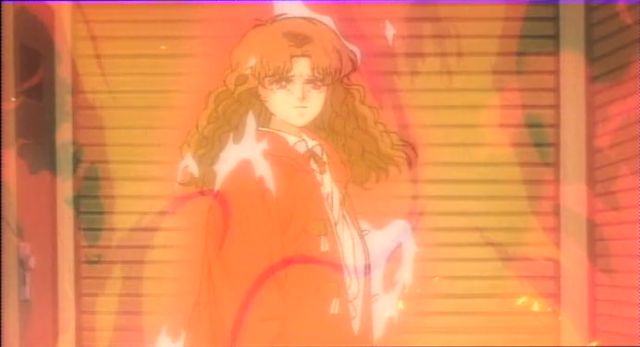 Did I mention that it had psychics?

Here’s a show which found itself on this list due to the praise of AngryJellyfish and Japesland.  In many ways, the show reminds me of Hell Girl, except that the characters in Death Parade have less freedom in choosing their own destination.  The way Death Parade absorbs the viewer in the fates of its characters renders it well deserving of the praise lavished upon it.  The contests over who will be annihilated is always interesting.  Though, two episodes seem to indicate that both characters received the same fate: episode three has the two both reincarnated while episode 9 has both sent to the Void–at least, the appearance of the red oni mask before the ending credits strongly indicates that. 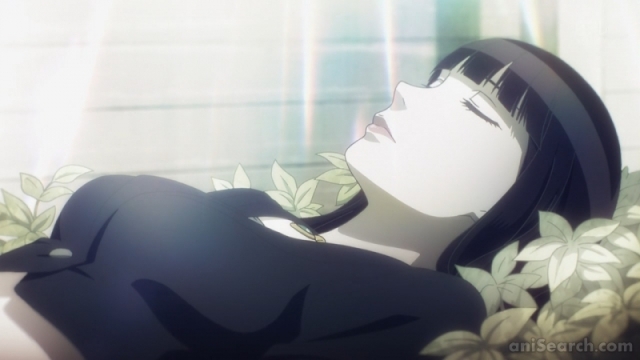 It’s so obvious that this character was placed in the show so that the audience can relate to someone. After all, the other recurring characters are not human.

It is interesting to note that the two possible destinations, the Void and Reincarnation, are respectively better and worse than those recognized in Christianity.  What’s also curious is that the Void reminds one of the ultimate desire of a Buddhist (an end to samsara), but is compared to hell in the show.  The author must realize the curious way he has presented a soul’s final or intermediate destinations.  What does he mean by it? 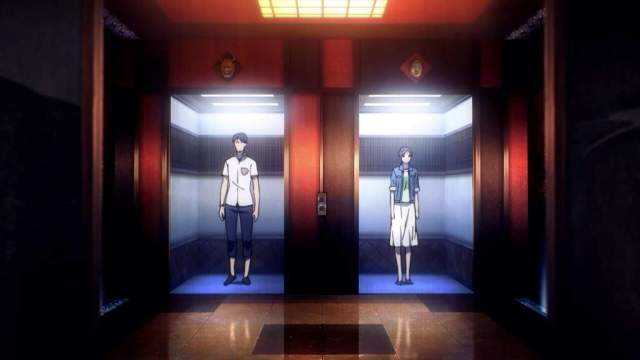 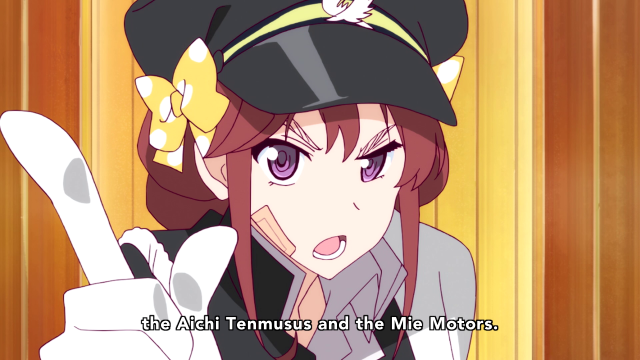 A strong temptation to drop this show came over me around episode four.  The show had lost its Kill la Kill vibe and the customs officer stood as my favorite character.  Fortunately, the crazy action returned the very next episode, where our heroes try to bring about a peaceful resolution between two rival groups.  I loved the insertion of the Cafe’s “dandy” master. 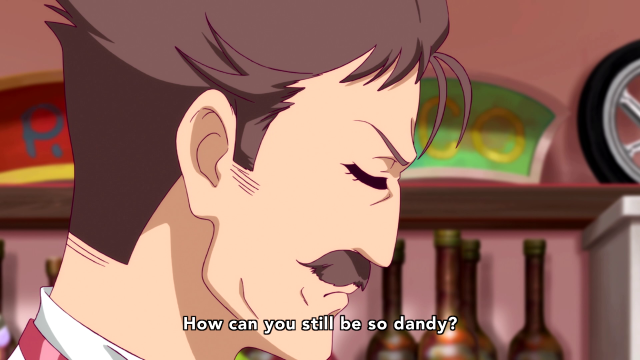 Though the main characters strike me as extremely bland, the action more than makes up for this lack.  The colorful pastel backgrounds rather remind one of Monet, which is very cool in itself.  As far as I know, Rolling Girls is the best show to premiere this season. 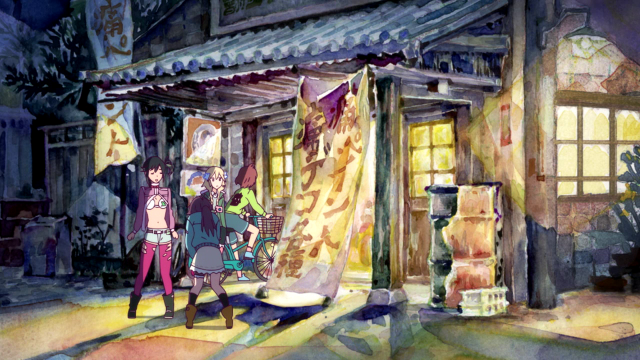 I finally got around to watching the second half of this show, and am finding it quite endearing.  Shows with as much heart as Eureka 7 are hard to find, but it comes from the pen of one of my favorite writers, Dai Sato (also famed for his work in Wolf’s Rain and Ergo Proxy).  Few Japanese writers show as much familiarity with Western culture as Sato, and I love how he’s able to weave in ideas from sources as varied as Dostoyevsky, Shakespeare, and Scripture.

At any rate, you need to watch Eureka 7 if you have not yet gotten around to it–or rather, Wolf’s Rain, Eureka 7, and Ergo Proxy in that order!

The two opening episodes have been the funniest so far of the twelve I’ve seen.  (Only 183 more to go.)  However, I can’t get enough of Lum’s antics, and it is amusing to watch a show immersed in the culture of the 60’s.  Rumiko Takahashi, the creator of Ranma 1/2 and Inuyasha, made this show about a lecher named Ataru who finds himself yoked to a bikini wearing alien.  She’s gorgeous, but our hero wants to have tons of fun before marriage.  This leads to some hilarious escapades which poke fun at both the ideas in modern culture and in cultures past.  (Many episodes feature time travel.) 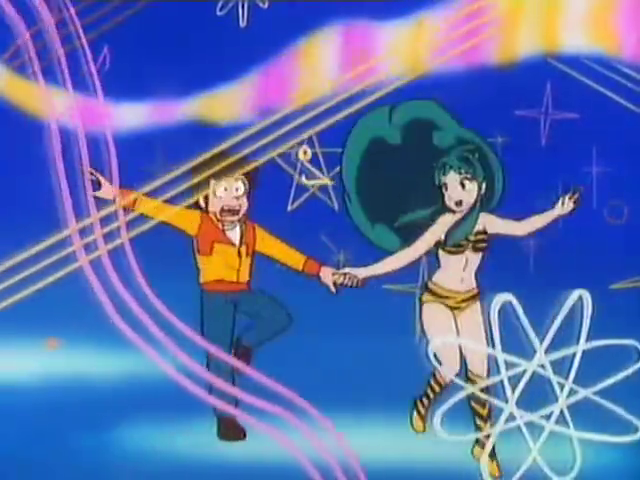 This show is a hilarious look at the shortcomings of human nature.  Watch it!  Like in Ranma 1/2, there are occasional flashes of nudity with many of the characters’ outfits being quite revealing, but not worse than one might expect from the time. 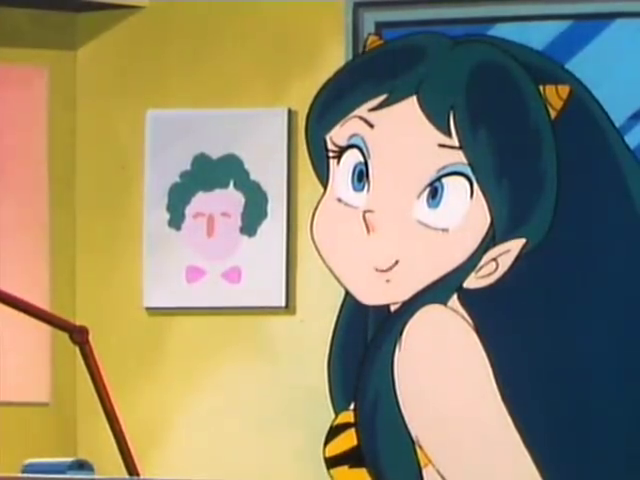 Lum is very cute for all her possessiveness and crazy antics. 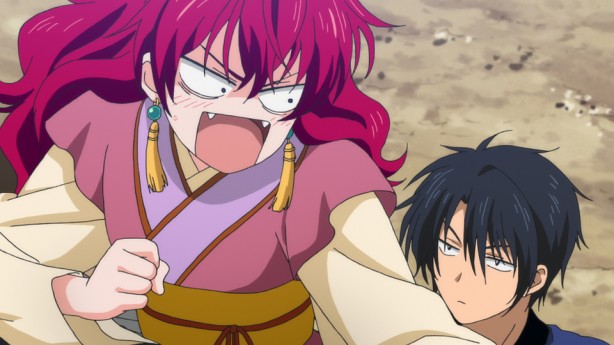 I can only marvel that the manga of this anime failed to grab me, as I absolutely love this show!  The plot essentially involves the classic underdogs vs. powerful villains.  Though, some people find Soo-won a sympathetic character.  (Some people have short memories.)  Having said that, the characters are some of the most diverse and likable I’ve seen in a long time.  Also curious is the author’s decision not to make Yona lose her femininity after the hard struggles she must endure.  Most anime heroines placed in the same circumstances become rather manly, and I applaud the mangaka’s decision to keep Yona’s character generally in line with her gentle upbringing.  On another note, Hak has entered the rolls as one of my favorite characters of all time for his quirky personality and delight in teasing his companions.

Speaking of all time favorites, this has to be my favorite reverse harem of all time.  I’m glad to have picked the show up.

No surprise to find Ashita no Joe at the top of this list!  This show might even possibly make it to the top of my Top Fifty List, where it tentatively stands in second place.  I have written extensively about it here, here, here, and here.  The proliferation of articles on this show dissuades me from writing more about it in this post.  But, you might expect one on April 15 discussing Marian themes in Ashita no Joe.  April 1st, when my next article for Beneath the Tangles is expected, seems like a much better day for talking about Urusei Yatsura. 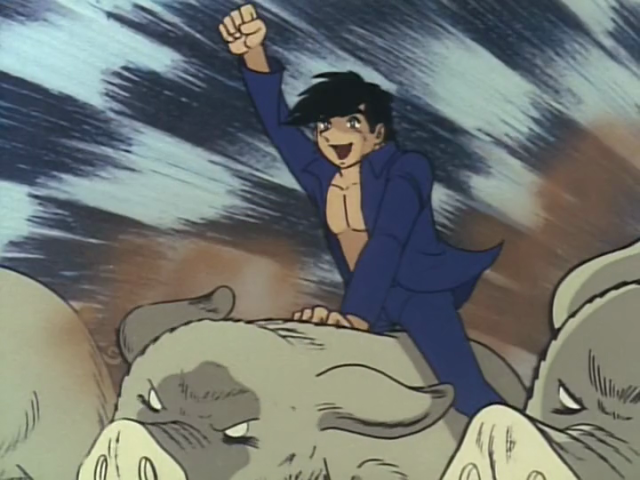 At any rate, now I should get back to watching anime so that I can properly rate the above a few weeks from now.