Here is the first article to derive from my Candlemas Resolutions.  You might expect the article on C. S. Lewis’ The Discarded Image soon, which shall meet another of these resolutions.  By the way, comment not only on the manga, but if you feel like there’s a better way for me to write these recommendations.  I’d like to make these posts as interesting as possible now that I’ll be doing them on a monthly basis.

You can read my thoughts on the series in this post.  (Incidentally, it seems like that post influenced D. M. Dutcher to do his own version of Quick Takes.  Click here for his post.)  Unfortunately, a Japanese person uploading 81 Diver was arrested.  If he was the only one, who knows if more chapters shall ever be released.  Actually, looking at the copious numbers of Japanese arrested for this crime is appalling.  Check out all the links under that article too!!!  Almost makes me want to stop reading manga online.  At least, Crunchyroll has a decent selection of legal manga.

This stands as the only horror anime on my list.  Certain elements of the manga remind me of Bleach, but it has a darker mood than that popular show.  Evil demons/monsters/youma/youkai/whatever-you-prefer named kuzure (Never heard of them before) are intent on devouring human beings.  Our hero, Kei, and a childhood friend suffer the misfortune of meeting one of these monsters while exploring a grave site.  But, within that graveyard is a grave protector named Yukifusa, with whom Kei makes a contract in order to save the life of his childhood friend.  Now, Kei becomes tasked with the mission of destroying kuzure lest his powers deplete, which will cause his demise.

I promise that the fanservice is minimal in this manga and about all of it provided by the damsel in distress.

Some of the adventures in this manga are quite gut-wrenching, which is helped along by how evil the villains are.  The villainy of the kuzure render it impossible for me to put the manga down until I have seen the fiend receive his just deserts.  Not that the heroes are boring, but I can’t help but feel like I’ve seen these characters before.  All in all, I can’t recommend this title wholeheartedly.  I enjoy the manga, but cannot help but think that many other ones have the same quality though are perhaps not as dark.

This comic series contains various fables set in WWII.  I encourage everyone to read the first chapter, which is about a U.S. submarine which foils Hitler’s attempt to invade England during the Battle of Britain.  It’s awesome.  The rest of the stories strike me as disappointing–especially the chapter saying Pearl Harbor was revenge for U.S. sailors pillaging the Japanese countryside during the Meiji Era.  That’s taking too many liberties there!

4) Koe no Katachi (aka A Silent Voice) by Yoshitoki Oima

This title was recommended to me by none other than Sean Bishop, the creator of The Freeloader.  Does he know how to pick great manga!  I found myself amazed at how well Oima was able to get inside the heads of high schoolers in order to create realistic and relatable characters.  Only a genius could have us liking characters whose faults are so much more prominent than their virtues! 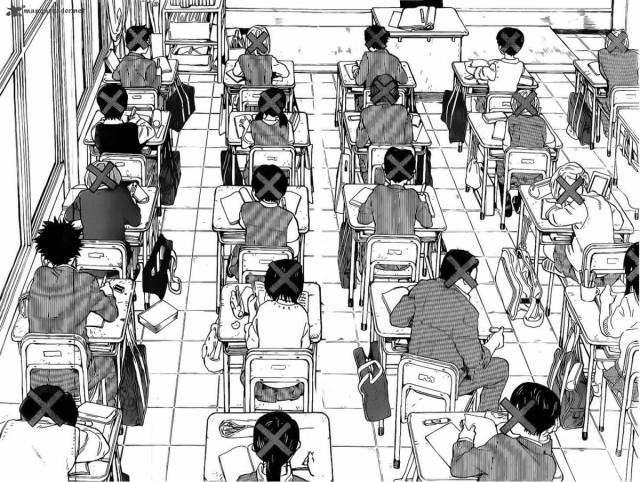 The story follows a deaf girl’s entrance into a regular elementary school, which leads to this girl being bullied for her hearing disability.  The protagonist, Ishida, happens to be the ringleader in bullying Nishimiya until his deeds get out of hand.  Then, his fellow classmates turn on him and begin to bully him.  He loses all his friends and becomes a thoroughgoing misanthrope.  After elementary school, he decides that he needs to apologize to Nishimiya for his misdeeds, which actually leads to them forming a happy relationship and both becoming more human.

Do I generally read stories like that?  That I found such a story compelling should tell you how highly I recommend this manga! 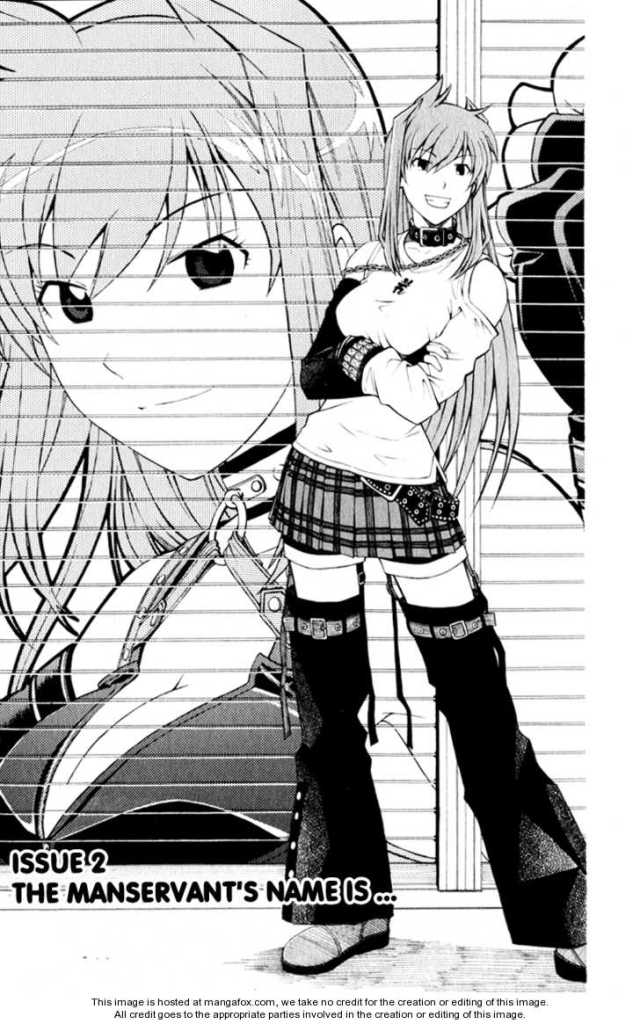 One one hand, the premise for this story is strange: an amnesiac guys gets taken in by some female professional wrestlers.  Since they have no idea who he is or where he comes from, the head of the gym, Ouka, both names him and makes him their servant and referee.  With this series, the fanservice crosses the line into ecchi territory–probably about the same or slightly worse than Wanna be the Strongest in the World.  (N.B. I’m basing this off of what I saw in the preview of that anime.)  Despite the strangeness of the plot and excessive fanservice, the characters are quite likable and some moments have me guffawing uncontrollably.  I especially liked Ouka’s attempt to become classified as a good guy instead of a heel by pro-wrestling fans, which failed miserably. 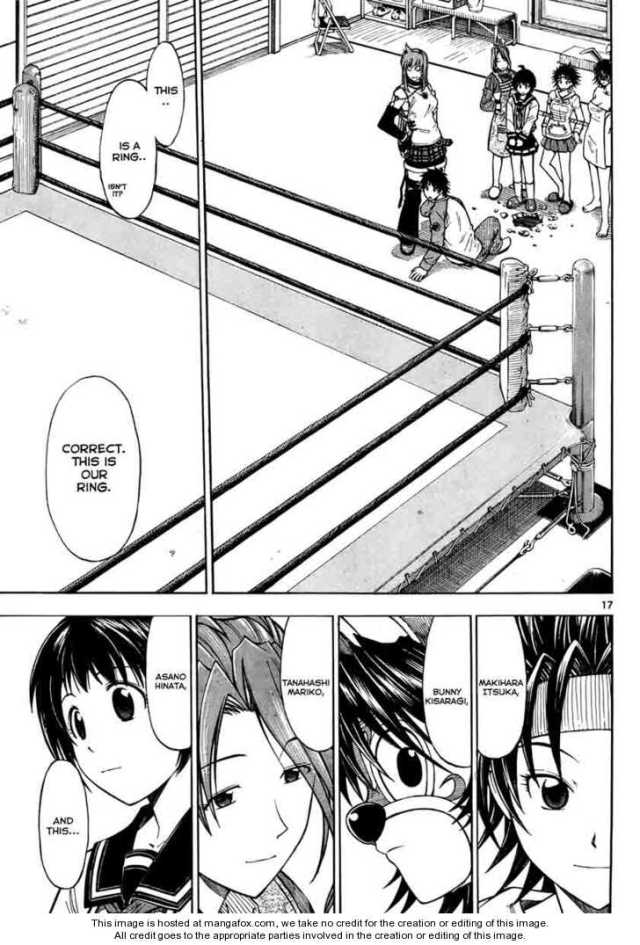 A mediocre manga to be sure; but if any of what I wrote strikes you as interesting, give Koko ga Uwasa no El Palacio a shot. 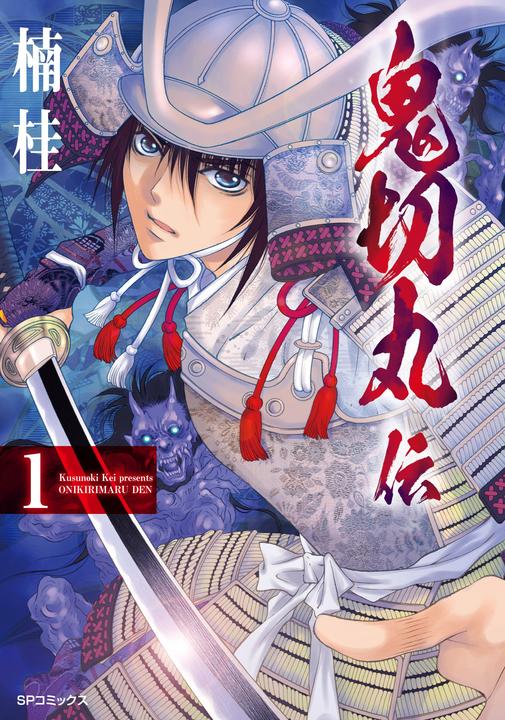 Here’s a violent Sengoku-jidai manga for you!  It concerns the wanderings of a demon slayer who wields the only sword capable of bringing down oni.  The series reflects the Japanese penchant for character studies and can be quite dark.  I don’t know what to think of this one yet and might drop it.

Here’s a simple way to tug on Medieval Otaku’s heartstrings: in your manga, include a little girl who must completely rely upon a big brother or older fellow.  Works almost every time.  My predilection must have to do with the fact that my sister is ten years younger than me.  The identification is perfect.

Be that as it may, this is an excellent comic with a lot of heart.  Based on a light novel, our hero is sucked into a fantasy world where he becomes the shield hero.  The other three heroes summoned to this world look down on him for his offensive incapacity.  Not only that, but an adventurer who joins him under false pretenses accuses him of rape, which leads to the loss of his reputation and ostracism.  The only member of his party becomes the demi-human slave he buys on the black market.  (Did I mention that this story can get quite dark?)  Will things ever look up for our hero?

This story alternates between sweet, comic, and depressingly black.  I highly recommend it to fans of fantasy.

May some of these manga interest my dear readers!