My lack if focus resulted in this article’s long delay.  (We’re almost on the fourth week of the season!)  And so, this will be a brief rundown of why I decided on seven particular shows.  My dear readers might have noticed that this is one more show than I originally planned.  I Can’t Understand What My Husband is Saying is only three minutes long, so adding one more show did not seem like it would hurt.  Without further ado, let me start with the shows which failed to make the cut. 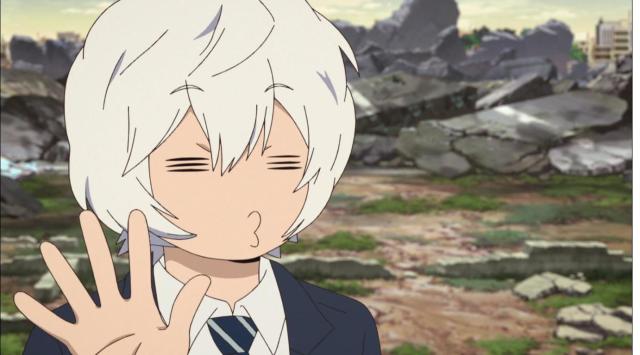 Bloggers have called episode one rather dull, and I’d have to agree.  Yet, the second episode delved more deeply into our heroes’ psyches, and I found the clash of their worldviews interesting.  You might say that Kuga has more of a cowboy ethos (go 1:28 into this clip to see what I mean; though, it must be confessed that Kuga is no John Wayne), while Osamu holds to a much more civilized morality of the rules protecting one, which Kuga believes only goes so far.  The war with the Neighbors reminds me of the conflict with the Nova in Freezing–only that the necessary power to defeat the aliens is not restricted to the fair sex.

Though other series proved to be more entertaining, I would not be surprised if I returned to this show later. 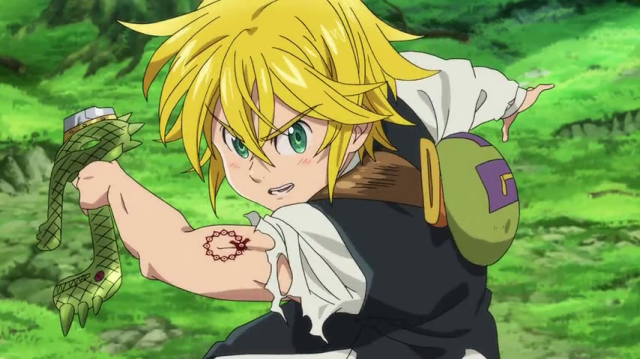 Let me also mention that I hate the main character.

2) Nanatsu no Taizai (aka The Seven Deadly Sins)

I read through about half of the first volume of the manga before watching episode one of the anime.  That episode followed the manga with slavish exactitude.  For this series, I consider this unwillingness to differ  from the manga a bad thing: the manga strikes me as dull and uninspiring.  I did not even have to use my Japanese dictionary most of the time–a sure sign of a mediocre manga unless Rumiko Takahashi is behind it.

Perhaps the later episodes show why the manga won the “Kono Manga ga Sugoi” award, but the blandness of the beginning overwhelmed me. 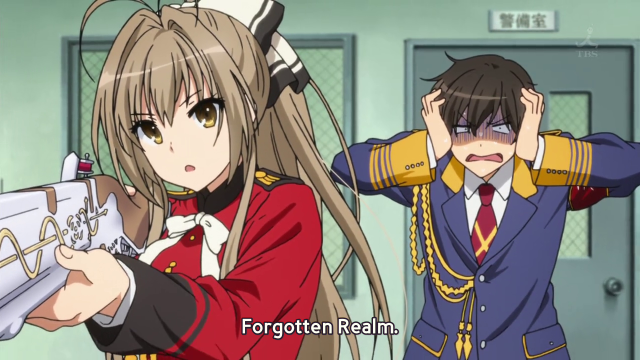 The only anime which bored me more than this show’s first episode was X: the Movie.  With regards to X, I lasted five minutes and Amagi Brilliant Park bored me to tears in seventeen and a half minutes.  None of the gags struck me as funny.  This from the guy who gave us Full Metal Panic! Fumoffu?!  The passing of Shoji Gatoh’s sense of humor warrants a day of mourning for all fandom. 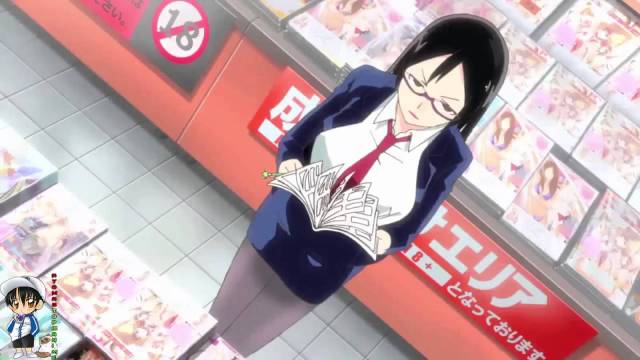 Having seen episode one, I discerned some potential for this show.  The second half was funnier than the first.  However, an anime about the quirky workers at a Japanese bookstore had no chance of making the final cut.  Perhaps, I’ll watch this when I have more time.  (If you haven’t noticed, most of my decisions are rather cutthroat, which may be laid at the feet of the loss of leisure I’ve suffered recently.  C’est la vie!) 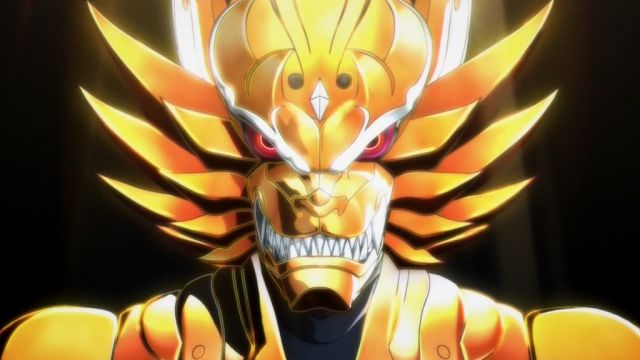 This is perhaps the best show among the anime I’ve tried which did not make the final cut.  The world of this fantasy draws one in with manifold types of conflict: witches vs. demons, demons vs. humanity, and the state vs. witches.  Note well that witches are demon slayers in this world, but that demons have deceived the king into believing that witches are plotting against him so that they might use the might of the government to purge witches from existence.  Our hero was born during his mother’s execution, and a knight was only able to save the baby, whom he has raised for seventeen years when our main plot begins.

You better believe that I’ll pick this action-packed anime up as soon as I have the time. 🙂 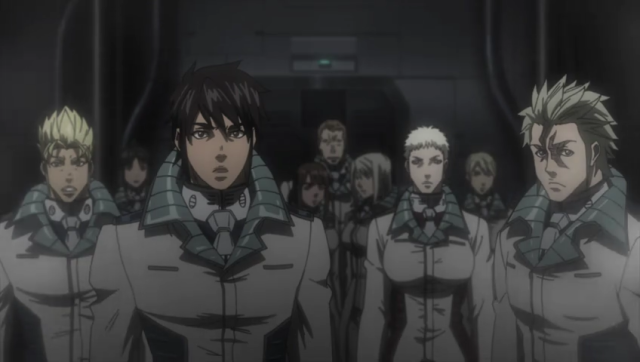 Of the many things I loathe about this show, I shall limit myself to a select few of its flaws.  Most glaring is the sacrifice of the show’s unique premise and cool characters to the goal of making this a stupid and gory horror show.  One of the reasons I despise the horror genre is that most of its tales run on stupid people dying unnecessarily and in horrific manners.  At the end of the second episode, I became sick at seeing characters frozen in terror or merely contemplating the giant, ugly humanoid cockroaches instead of using the time to react in constructive ways.  (Reminded me of Shingeki no Kyoujin to tell you the truth.)  Episode three continued the trend, and I dropped it.

I think I need to go watch some Christopher Lee’s Dracula movies or Silver Bullet in order to cleanse the memory of this show from my system. 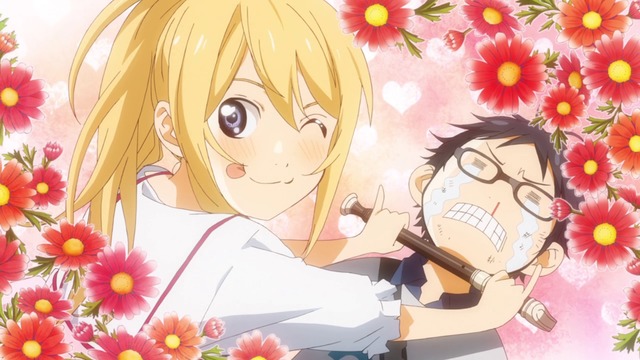 7) Shigatsu wa Kimi no Uso (literally “April is Your Lie”; aka Your Lie in April)

This is another good show which I’m declining for the nonce.  The anime promises a good story, where a depressed youth rediscovers his joie de vivre through music and meeting a vivacious beauty.  This title will be saved for when I feel in the mood for a romantic, slice-of-life anime.  Thanks to David A and iblessall for the recommendation!

Anime that Made the Cut 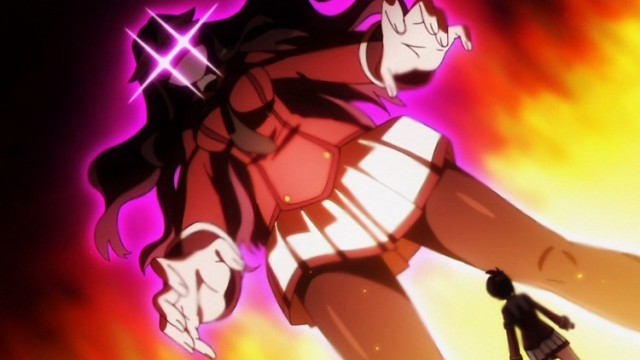 The fifth spot in my watch list was opened for this show.  I have to watch Trigger’s take on a supernatural harem anime set in high school!  The first episode was highly entertaining in both its characters and the comedic scenario of members of a literature club gaining super powers.  As of yet, I wonder whether any of them are actually into reading books.  The literature club might as well be the GJ club. 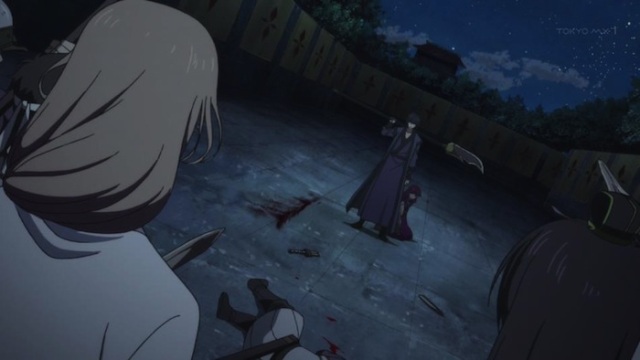 Like Knights of Sidonia, I did not particularly care for the manga, but I enjoyed the first episode of the anime.  I lay the responsibility for my renewed interest in this story on the voice actors, who bring the characters to life in a way that the mangaka could not on the page.  Let’s see how long this tale of war, intrigue, betrayal, and romance holds my attention. 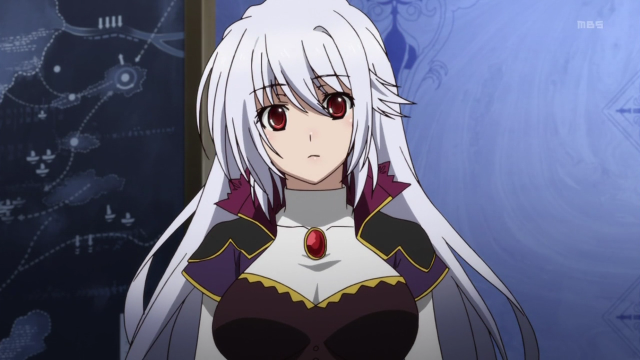 3) Madan no Ou to Vanadis

Reading Jusuchin’s articles on this show convinced me to watch it before I saw episode one, which confirmed my decision.  A perfect show for a fantasy lover: the characters stand out, and the show includes plenty of action.  Our hero and his captor have an interesting relationship.  Does Eleonora want Tigre for his archery skills or romantically?  Will she do anything about saving his fief of Alsace?  The Eleonora’s personality seems reminiscent of the eponymous protagonist of Medaka Box.  (No, I haven’t seen this show yet, but I’ve read a few articles on it and a few chapters of the manga.)  This show stands a high chance of rating a 9/10 if they do everything right. 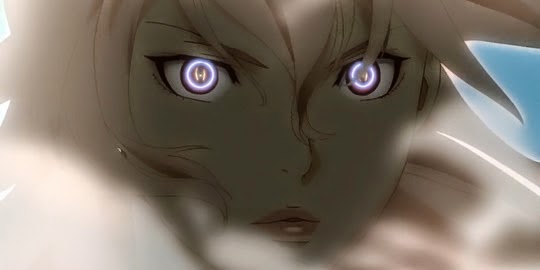 I would not be surprised if this became the best show of the season, though it shall receive stiff competition from Hitsugi no Chaika (At least one of my dear readers is rolling their eyes, but I have faith that the second season will surpass the first!) and Psycho-Pass 2.  In episode one of Shingeki no Bahamut, I loved the references to Terminator 2, Gun x Sword, and Devil Lady.  This action packed series boasts a good sense of humor and very idiosyncratic animation.  I look forward to watching this show. 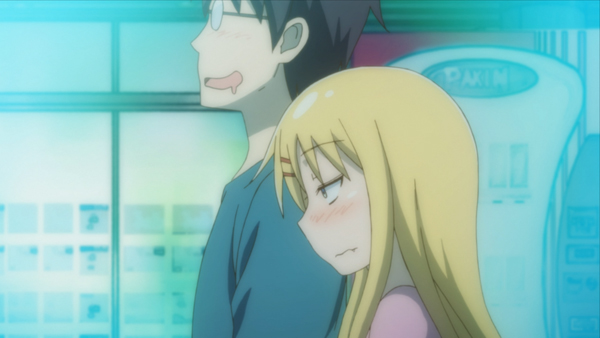 5) I Can’t Understand What My Husband is Saying

At only three minutes long, this anime can easily fit into anyone’s schedule.  The married couple reminds me of Saki and Kousaka of Genshiken; however, Hajime is much more likable than Kousaka.  I look forward to watching this odd couple every week, though some gags fall flat. 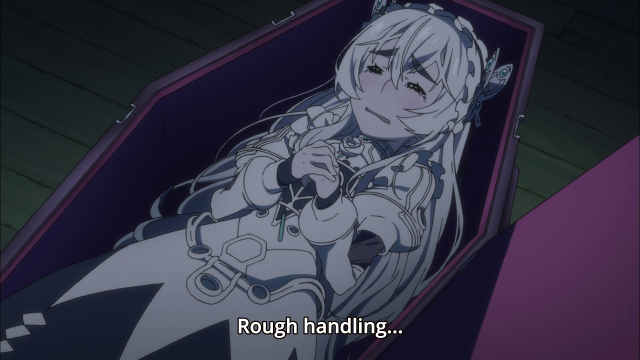 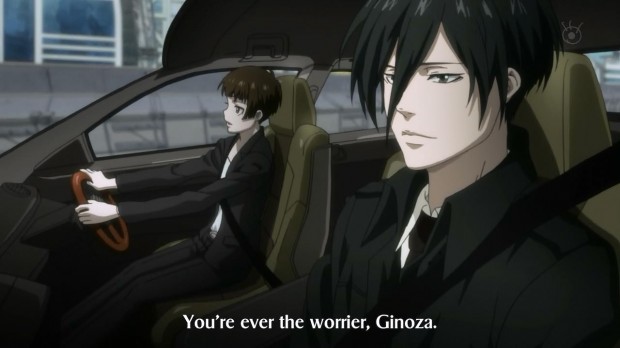 This article is already long enough, so I won’t describe how I feel about those last two shows.  I confess that my goal of determining which of the new shows I would watch preventing me from watching Psycho-Pass 2 at all and gave time for only one of Hitsugi no Chaika.  That will change shortly!  How does my watch list compare to yours?