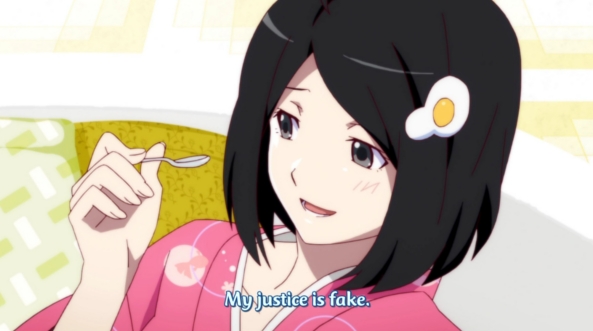 I mentioned in my post before I traveled across half the country that I was watching Nisemonogatari, which might be translated as “Tale of the Fakes” or “Tale of the Phonies.”  Watching through episode seven made me ponder just what a phony was in Nisemonogatari’s book.  The ideas surrounding the issue reminded me of this great passage from Fyodor Dostoyevsky’s Crime and Punishment.  Razumihin begins berating Raskolnikov by saying:

“Well, go to hell then,” he said gently and thoughtfully. “Stay,” he roared, as Raskolnikov was about to move. “Listen to me. Let me tell you, that you are all a set of babbling, posing idiots! If you’ve any little trouble you brood over it like a hen over an egg. And you are plagiarists even in that! There isn’t a sign of independent life in you! You are made of spermaceti ointment and you’ve lymph in your veins instead of blood. I don’t believe in anyone of you! In any circumstances the first thing for all of you is to be unlike a human being!…And if you weren’t a fool, a common fool, a perfect fool, if you were an original instead of a translation…”

Only Dostoyevsky could pose this problem so well: “If only you were an original instead of a translation…”  The reason Raskolnikov stopped being human is because he murdered an old woman for money and a sense of power.  His crime destroys his humanity. 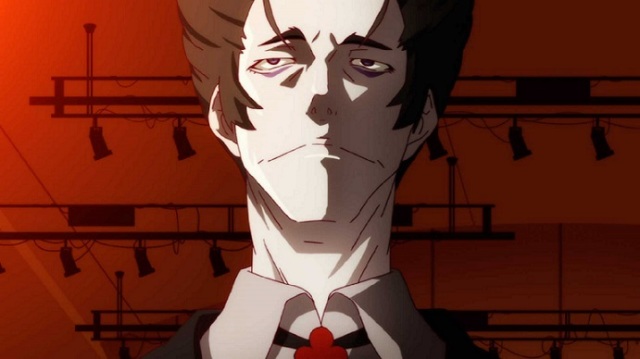 One character in Nisemonogatari who fits the same description is Kaiki the con artist.  Sin detracts from our humanity and thus from our originality.  Of course, “errare est humanum,” but sins are sins because they make us less than who we were meant to be.  Our Lord came to deliver us from sin, and we slowly walk, slip, fall, and stand back up again on the way of perfection until we see the image and likeness of God made perfect in us in heaven.  In our perfection according to God’s image and likeness lies our originality. 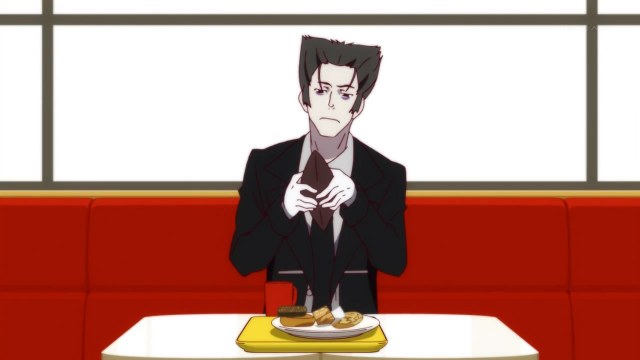 But, I do think Nisemonogatari distinguishes between two kinds of fakes: the completely fake and the almost original.  Kaiki, because of his preference for money over the service of God and his fellow man, is a complete phony.  He introduces himself as Kaiki with the kai spelled as the clam/kai in “a mound of clams” and the ki as the ki/tree in “a dead tree.”  This brings to my mind Our Lord’s cursing of the fig tree.  The fig tree did not produce fruit when our Lord needed it, so it was cursed with barrenness.  Kaiki imitates the clam in its refusal to offer itself: Kaiki refuses to offer his talents for the good of his fellow man.  Also, like a dead tree, he bears no fruit.  A perfect name for a villain! 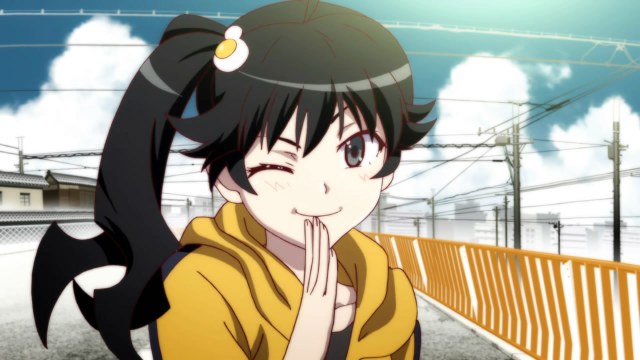 Yet, a different sort of fake is symbolized by Karen Araragi.  She is almost original in that we see her using her talents for the good of others.  Where she lacks originality, as her brother aptly notes, is that she has appropriated other people’s desires and does not know what she really wants.  She merely plays.  But, her play reveals that her talents are genuine, which indicates that her true calling is not far from her play.  One day, she shall discover the true purpose her martial talents and give up her play as a seigi no mikata–ally of justice. 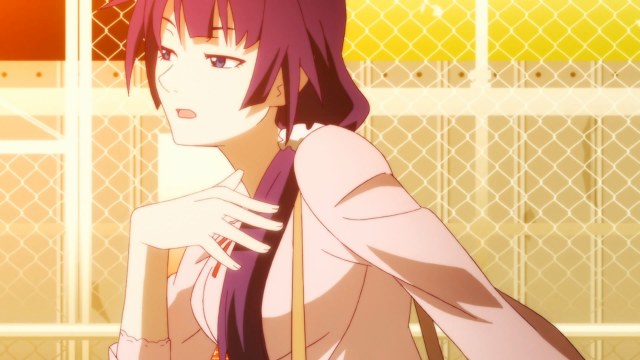 And the majority of humanity undergoes the same struggle as Karen in finding their true purpose.  People try to advise us to take one path or another, but we can ever only truly find our path through looking at our own hearts and praying to the God who made us all originals.

12 comments on “Nisemonogatari and Being a Phony”